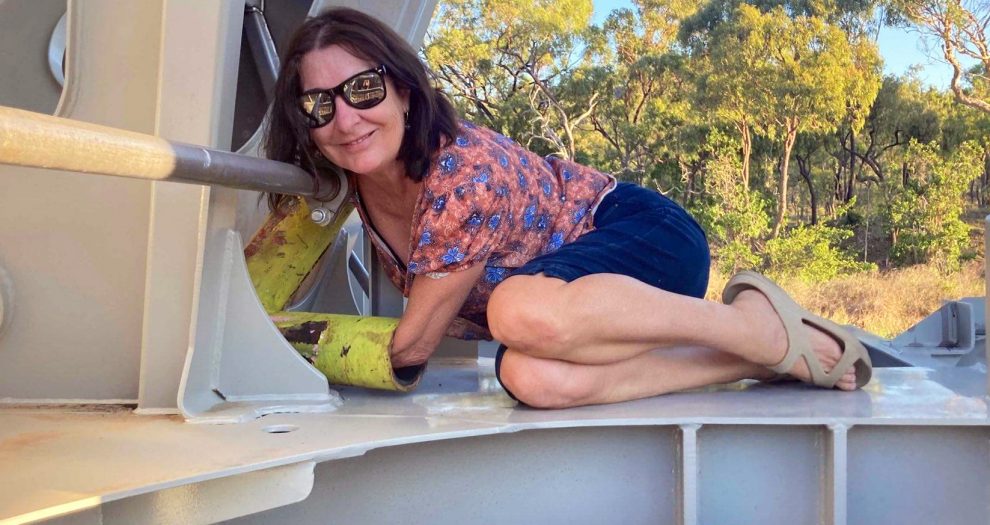 An anti-mining protestor confessed to unlawfully entering a resources transport corridor and dangerously attaching herself to a heavy vehicle.

Megan Byrnes pleaded guilty to trespassing, contravening police direction, interfering with a railway and using a dangerous attachment device during her protest against Bravus Mining and Resources’ Carmichael Coal Mine.

The Frontline Action on Coal activist thought it was a good idea to hop on a stationary Bowen Rail Company train and lock herself onto one of the carriages near Collinsville, about 90km southwest of Bowen.

The November 2021 stunt caused significant delays while police officers safely cut the woman free from the train, which travels at up to 80 kilometres per hour. The broken-down locomotive was then transported to the Abbot Point Coal Export Terminal for further testing and commissioning work.

Southport Magistrates Court recently handed the accused a $3000 good behaviour bond. The 62-year-old then ruled out locking herself onto a heavy vehicle again.

“Not likely, the judge was very merciful in this case,” she told reporters outside court.

However, her fellow activists vowed to continue interfering with the mine to help reduce carbon emissions, which theoretically influence long-term weather patterns.

“We think blocking coal shipments that are destined to wreck our planet is the best behaviour but not sure that is what the court meant,” the group said on Facebook.

“We have so much appreciation for all those like Megan who have put themselves out to protect our planet, and there will need to be plenty more like her of we are to stop climate destruction.”

However, the proponent believes the woman was lucky to avoid severe injury or death.

“What this protestor did was incredibly selfish, she could have been killed or seriously injured,” Bowen Rail Company general manager Brendan Lane said in a public statement.

“If our driver had not shown the situational awareness he did and realised activists had climbed onto a wagon, he may have had the traumatic experience of knowing that someone had been hurt or killed on his shift, and that is not something I would wish on anyone.”

The maximum penalty for using a dangerous attachment device is two years in jail or a $7000 fine, according to Bravus.