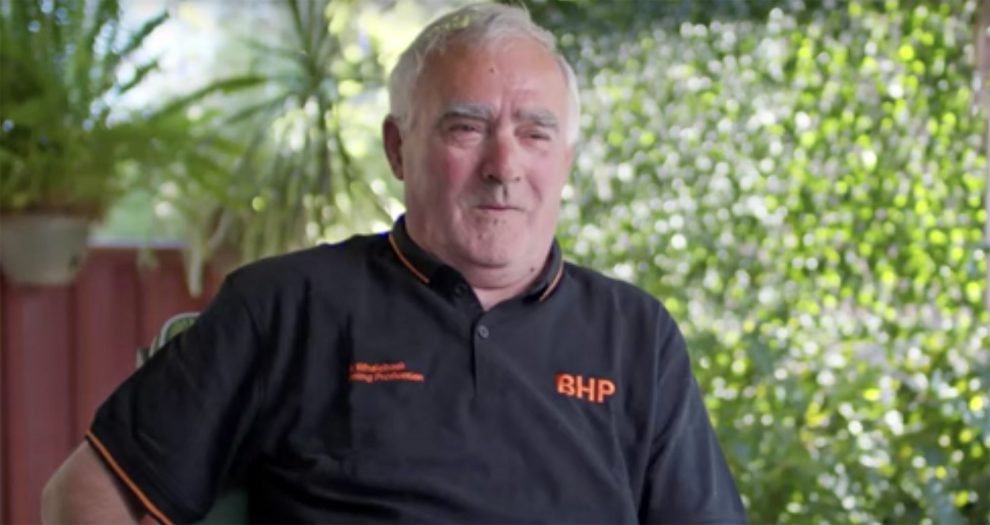 Ivan Matic has become BHP’s first worker ever to successfully complete half a century of continuous service.

“I started on 98 cents an hour for the first 12 months then I went on the plan. I earned $3.50 an hour after that – that was still okay,” he said in a video shared on YouTube.

In those early days, there were very different ways to keep cool in earthmoving machinery.

“There was no air-conditioning in the cabs or on the graders or loaders. I would have two Emu Export [lager]s in my esky and two cans of Coke,” he can be heard saying.

Matic worked in many different roles at the Mount Newman operation until his last day on 29 April 2021.

“I was still there keeping-on going until the 50 years,” he said. “Dozers, graders, loaders, shovels, excavators – I worked on everything except drills, because that was a boring job.”

“A big number [of years is] 50 but it was gone just like that. Honestly, it has just gone fast,” he added.

After spending half a century living in Newman, he has no regrets.

“I am going to miss the freedom of Newman, it was a good town, I loved it. You go out to work you go happy, you go home you go happy,” he said.

In recognition of Matic’s long service, BHP will rename the White House crib room to “Matic House” at the Mount Whaleback Mine, 448km south of Port Hedland.

“No one would have travelled the road to and from that building more than Ivan,” a BHP spokesperson said in a public statement. “Congratulations on a remarkable career, Ivan!”