Home » In The Community » National emergency declared for Queensland, NSW 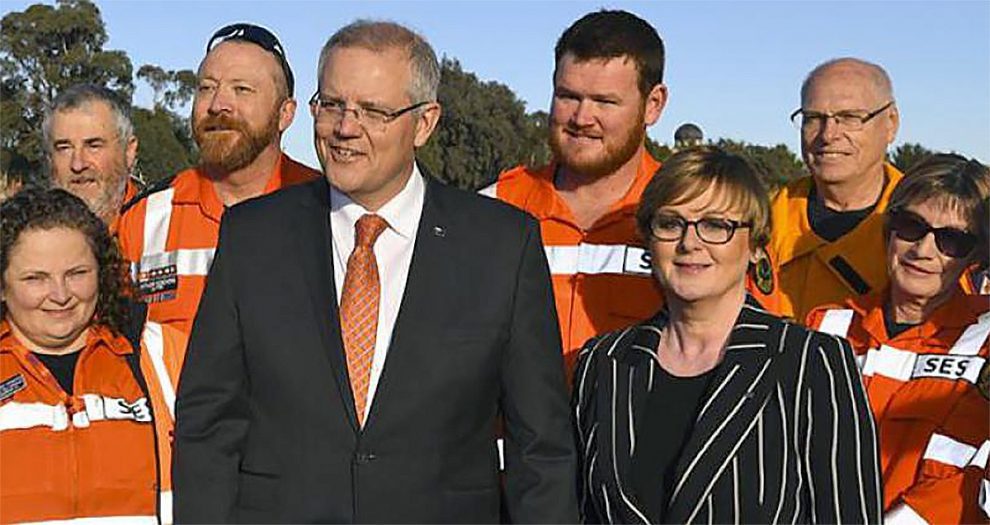 Parts of the East Coast are officially in danger and require immediate action.

The Federal Government will declare a national emergency for flood-affected parts of Queensland and New South Wales.

“I have made this decision in consultation with the premiers after further briefings from government agencies about the situation in northern NSW and seeing the catastrophe firsthand,” the PM said in a public statement.

“The feedback we have had from communities, state governments and my own ministers who have visited the impacted areas has helped us identify where the gaps are right now, and how we can get support out the door quickly to where it is needed.”

The remarks came after at least 21 people died and more than 4000 properties were damaged across both states.

Heavy rain has already suspended production at Aurelia Metals’ Dargues mine in Jembaicumbene, 109km southeast of Canberra. Runoff water impacted the underground mine, Tailings Storage Facility and other surface infrastructure.

The proponent is considering whether to release excess water to downstream waterways if the heavy rainfall continues.

“We have notified the appropriate regulators about the impact of the rainfall and continue to work closely with them to manage the situation,” managing director and CEO Dan Clifford said in a public statement.

“In addition, we are conducting extensive water quality sampling of the immediate downstream environment in the event of an offsite release.”

RCIF is a voluntary partnership between the State Government, mining companies and the Queensland Resources Council to support community infrastructure projects in regional areas.

“The first round of the program included providing funding to build a new pool in Charters Towers, a hybrid library, museum and community services hub in Moura, and an early intervention and learning centre in Townsville.”

Rio Tinto separately donated $1.5M to flood relief and recovery efforts through the Australian Red Cross, BizRebuild initiative and Givit charity. The employer is paying impacted workers, approving paid leave for staff who volunteer for the so-called Mud Army, and matching staff donations to the cause.

“We have also made sure that any of our people directly impacted by the floods can access emergency funding if needed, while those involved in the clean-up effort are supported with full paid leave,” Rio Australia CEO Kellie Parker said in a public statement.

State Treasurer Cameron Dick believes the industry was mostly unaffected by the disaster.

“Compared to other weather events in recent times, cyclone Yasi, tropical cyclone Debbie, ex-tropical cyclone Oswald the economic impact is likely to be lower on Queensland and that is because the resources industry – in particular – has not been badly impacted by this event,” he told the Seven Network.

A fatal outburst – seven men dead. Was it an explosion waiting to happen?
Lessons from the past a focus at mine safety conference
BHP CEO promises relief after Samarco tragedy
Compensation denied to former Moura Mine employee