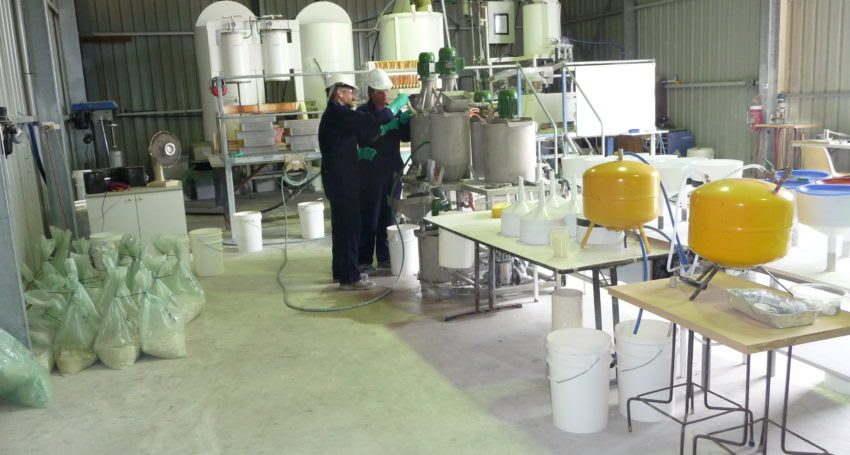 Australia is on the cusp of commercialising a rare nanoparticle with huge global potential to help capture carbon and water pollutants.

Natural Nanotech Pty Ltd, a startup based in the South Australian capital of Adelaide, is now launching research and development work to take the product to market.

“If successful, it could position Australia as the dominant global manufacturer and supplier of a new product with diverse environmental applications.”

Rare nanoparticle used in a wide variety of applications

The tiny particles found in natural clay are called halloysite and Dr Belperio said they could potentially replace expensive manufactured versions of nanotubes currently being used in a wide range of new technologies.

“With the rest of the world’s supply of natural halloysite limited, South Australia is uniquely home to large deposits near Streaky Bay,” Dr Belperio said of the deposit on the west coast of the Eyre Peninsula.

“(This potential) has been known about for a few years but the halloysite is very rare globally, what we’ve found in southern Australia, near Streaky Bay, are really big deposits, hundreds of millions of tonnes.”

Its first research project will focus on developing a commercially attractive solution to carbon capture from the atmosphere and to selective pollutants in water.

Dr Belperio said these applications already had been successfully demonstrated at laboratory scale by the team at the University of Newcastle in New South Wales and the up-scaled test work at industrial sites and commercialisation trials was now planned.

Kaolin clay is used for high-end ceramics with demand in China and Southeast Asia for making expensive vases or tea sets along with being used for brightening paint or paper.

“Instead of selling this as a bulk product we decided we should extract the nanotubes,” Dr Belperio said.

The ceramic industry would still be a prime customer for the product, the nanotubes have strengthening ability, and other target markets would include the water filtration industry for cleaning poor quality water.

“What is just hitting the headlines is the capture of CO2 out of the atmosphere, there’s a company in the United States experimenting and we believe they are using (manufactured) carbon nanotubes,” Dr Belperio said.

He said there was potential for the nanotubes to be used in air conditioner-sized units that could reduce a company’s carbon footprint by capturing carbon out of the air.

Natural Nanotech is also applying for a research and development grant.

Once the current research project was up and running, Dr Belperio said the company was also looking at starting research into the use of halloysite for safe storage of hydrogen.

Poochera is a kaolin district of global significance. It contains many kaolin deposits with unique characteristics, including the deposit of “bright white” kaolin at Carey’s Well, some 45km east of Streaky Bay on western Eyre Peninsula.

This article was first published at The LEAD