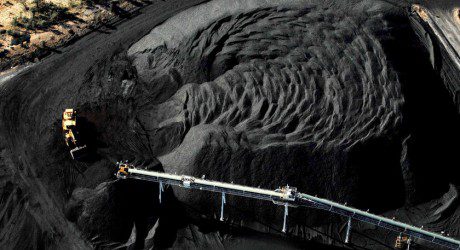 The war between a Hunter Valley coal mine and the country’s top horse studs is continuing after the NSW Planning Assessment Commission gave the green light to the Drayton South mining project.

In June, Anglo American announced the closure of the project by the end of this month after the Commission recommended the project not proceed in December, leaving 500 workers out of a job.

The PAC rejected an extension to the project in December due to the potential impacts of the mine on neighbouring horse studs.

In this week’s announcement, the PAC concluded that the coal mining and thoroughbred stud industries can operate without impacting each other, as they have for decades.

“Based on independent reports, new evidence, and considering the proposed mine now complies with the Commission’s original minimum setback by remaining behind two natural ridgelines on the site, the Department has concluded that, with appropriate management and mitigation measures, the two industries can continue to operate in proximity,” a spokesperson said.

“Findings from the independent Commission’s two earlier assessments as well as responses from the community, the company, the Hunter thoroughbred industry, and agencies to these earlier processes have also been considered.

“As a result of this extensive assessment, the Department has recommended the project be approved by the Commission subject to strict and updated conditions, including an ongoing liaison committee to establish and strengthen relationships between Anglo American and the two key neighbouring studs.”

The Department has also recommended 23 detailed conditions to manage dust, noise, blasting and water including:

The Department commissioned an independent peer review to provide an impartial third party assessment of the most likely impacts of the project on the nearby studs and broader thoroughbred industry. The review considered Anglo American’s response to the Commission’s Review Report and additional information provided by the thoroughbred industry

Professor Bennett acknowledged the importance of Coolmore and Darley Studs to the Upper Hunter thoroughbred industry and the Upper Hunter’s “comparative advantage as a location.”

However, Professor Bennett found, “the Studs’ operational potential will not be compromised by the Drayton South operation” and “the physical off-site effects of the Project (like dust and noise) have been acknowledged as within accepted guidelines”.

Overall, Professor Bennett’s findings indicate there are “good profit based reasons for the Studs to stay in their current locations” and that “the benefits of the Project will exceed its costs”.

As well as this independent expert review, in preparing its final detailed assessment the Department has also closely considered:

“The Commission will now consider the Department’s report and recommended conditions as well as community submissions in making its final decision,” a spokesperson from the Department said.

“The Commission is an important part of the NSW planning system ensuring major developments are subject to expert, independent review and assessment.

“All state significant coal mines operating in NSW are subject to regular inspections and audits by the Department of Planning and Environment’s compliance officers, who are able to issue the highest on-the-spot fines in the country.”