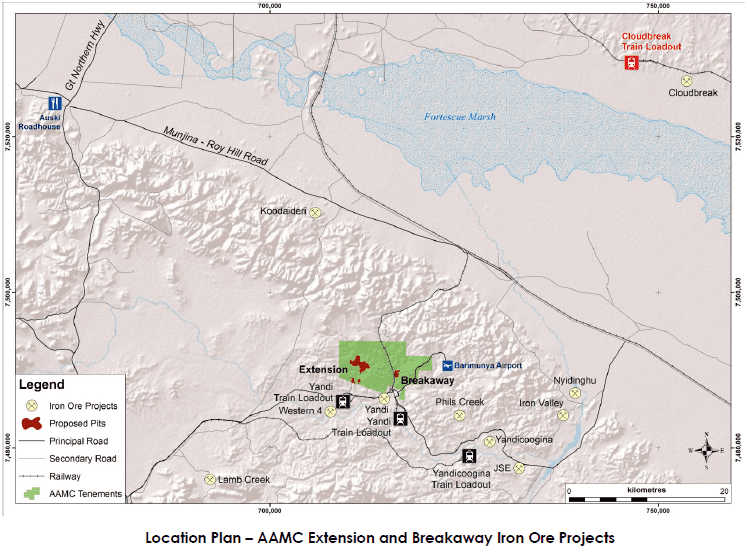 Fortescue Metals Group Limited has entered into a ground-breaking deal for the first Aboriginal-owned and operated iron ore mine in Australia.

Fortescue entered into a commercial agreement with Australian Aboriginal Mining Corporation at a ceremony in Perth today, with CEO Nev Power signing an Iron Ore Sale and Purchase Agreement on behalf of the company with AAMC Chairman Daniel Tucker.

Under the agreement, Fortescue will provide AAMC with access to its world class infrastructure with AAMC able to deliver up to two million tonnes per annum from its projects to either Fortescue’s port or rail facilities over a five year period.

“Fortescue is proud to play a role in helping Aboriginal people seize the life-changing economic opportunities that mining can offer. Providing economic participation through our land access agreements as well as the payment of Native Title Royalties is what drives real positive change in the communities in which we operate.

“Fortescue is focused on building up Aboriginal communities through full economic participation rather than passive welfare and today’s signing ceremony is another example of how all Australians can work together with respect to end Aboriginal disparity in our generation.”

Mr Tucker said it is a great outcome for both AAMC and Fortescue.

“A fantastic result for our shareholders and an important step for the continued advancement of Aboriginal peoples in the Pilbara that will now see them sharing in the wealth that is generated on their traditional lands,” he said.

Fortescue’s direct employed workforce is 13 per cent Aboriginal and about 1000 Aboriginal people work for Fortescue or its contractors, and the company’s Billion Opportunities program has now awarded more than $1.8 billion in contract value to Aboriginal businesses and joint ventures.