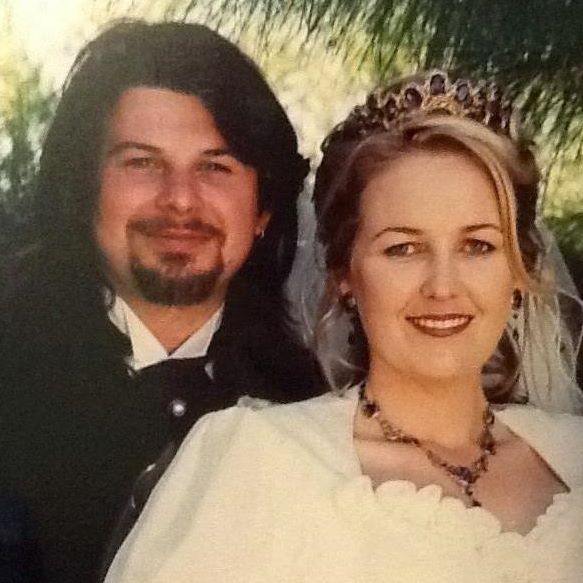 The widow of a FIFO worker who took his own life before flying back to start his next shift has spoken out on social media, outraged at the treatment she received from the company her late husband worked for.

Sharon Johnson, sharing her story on Facebook page FIFO Construction Workers 3/1 Forum, began her heart-wrenching post with “Today I will be at my husband’s funeral”.

Anthony Johnson ended his own life the day before flying back to Theiss’ Wheatstone LNG Project in Onslow, Western Australia, where he worked as a boilermaker and leading hand supporting his family.

“I would never normally do this in such a public forum but his story needs to be told,” Mrs Johnson wrote.

“I have a fire burning inside of me that will not be put out until this company is exposed. The treatment I have experienced is so cruel and discussing – I can only hope this post helps me to spread the word to fellow construction workers.”

When she tried to contact Thiess after the death to let them know her husband would not be on the flight back to work, her calls went unanswered for eight days.

After finally making contact with the HR department, Mrs Johnson claimed she was then told she would not receive her husband’s last pay, annual leave or any other entitlements.

“According to Thiess – they were legally bound to not release a cent by the ATO. They would require in writing by a lawyer or executive of the estate, a number of things that would take months to achieve.

“You see, a death certificate with the cause of death can take up to five months to come thru [sic]. We did not have a Will therefore there was no estate. I was crudely told by this lady that I should perhaps seek Legal Aid and also informed that our bank accounts would be frozen, as this is what happens in this ‘situation’.

“Now, as if I wasn’t already disappointed that NO ONE had tried to contact me or return ANY of our calls – but to be now told that information, I was totally floored.

“Anthony had a very big part in the construction and overall running of this huge tank and I was just gutted that he was now being treated like he never really existed or meant nothing to this company. No call from his Supervisor perhaps with a message of condolence, no warning from admin not to expect his pay on the usual payday, no offer of counselling or even a bunch of flowers.”

Mrs Johnson said after doing some research and contacting the Australian Taxation Office, she discovered everything she was told was “completely false”.

“How can such a large company get it so wrong? How can they treat an employees family this way? How can they misinform, outright lie and conceal the truth? Onsite they weren’t told how he had died – advised that I had been contacted, offered counselling?” she wrote.

Leaving a final tribute to her husband at the closing of her story, Mrs Johnson said her husband was a “legend”.

“Please make some noise for him. Please help me honour his memory…”