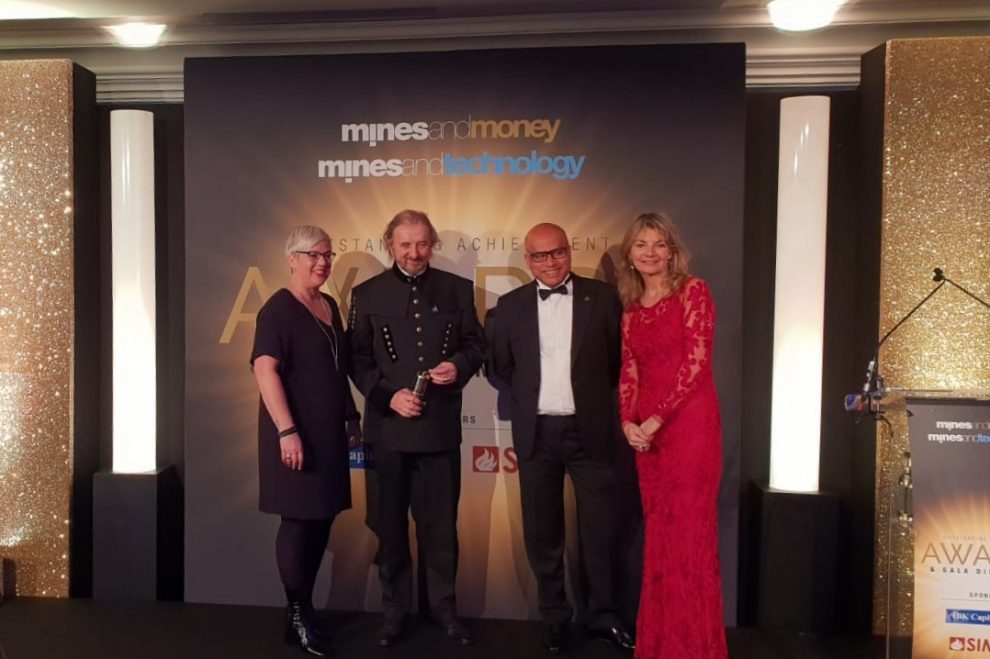 Both Gina Rinehart and Hancock Prospecting have been recognised at the 16th Annual Mines and Money Awards for Outstanding Achievement in London, winning two awards.

Her leadership has included bringing to fruition the development of four major mines at Hope Downs in more recent years, with JV partner Rio Tinto, the financing and development of the Roy Hill mega project, the founding and patronage of Australia’s annual National Mining and Related Industries Day, two books and strong public advocacy for miners and the mining industry.

Hancock Prospecting, of which Mrs Rinehart has been Executive Chairman for over 25 years, was also recognised winning the prestigious Mining Company of the Year (Australia) Award for its impressive milestones and achievements. Hancock Prospecting is now the largest private company in the Australian mining industry, after being in the early 1990’s, prior to Mrs Rinehart’s Executive Chairmanship, in severe difficulties.

Speaking following the award wins, Mrs Rinehart said she was more than delighted to be acknowledged for a lifetime’s commitment and dedication to the and resources and mining industry, and her mentoring role, most recently culminating in the highly successful delivery of the USD$10 billion Roy Hill iron ore project.

“Mining and its related industries are huge contributors to our country and help to maintain and improve our living standards. It means a great deal to me to be recognised in this way by the prestigious Mines and Money’s internationally renowned awards” Mrs Rinehart said.

“There are many people who have supported me over the years especially Hancock Executive Director Tad Watroba, my small team of executives and many other hard-working, long-term and dedicated staff. We are also proud of our endeavours over decades at Hope Downs, four major mines have been built there along with Roy Hill’s fast ramp up to 55Mpta – the fastest in Australia.”

Commenting on Hancock Prospecting’s win taking out the Mining Company of the Year (Australia) award, Hancock Prospecting Executive Director Tad Watroba said “Hancock under the chairmanship of Mrs Gina Rinehart, has a long history of working in the mining industry and bringing world scale resources project to fruition. This award is very worthy recognition of Hancock’s leading mining business. Hancock is now one of the largest private companies in Australia, and the largest private mining company in Australia and in Australia’s history.”

“Mrs. Rinehart has turned the company from one that was in severe financial difficulties, with its few remaining assets either heavily mortgaged or under legal threat or claim, into a global mining business with major investments in the Pilbara in north west Australia, and other Australian states, along with international investments in the UK, Canada and Ecuador. It has been my great pleasure and privilege to have been working beside Mrs Rinehart throughout her chairmanship, and to be able to witness the truly remarkable growth of this Australian company, and mining house. Thank you very much to the Mines & Money team for this recognition.”