Since mining was born in Australia, it has been a non-traditional industry for women. Mining operations have traditionally been male-only preserves. Before the 1970’s women had virtually no place in mining, and operators faced fines for employing females in the workplace. Women’s involvement in the mining industry was almost non-existent. Over the century prior to the 1970’s all territorial and state jurisdictions barred women from working below ground in any mine. In above-ground mines, women were also prevented from working, although not legislative, but through the mostly unionised and often militant male workforces.

The door was held firmly shut on women. Even those with degrees in mining engineering, geology and metallurgy were confined to working at universities, teaching and researching, working at schools and government agencies, like museums and performing geological surveying at the most.

Although aboriginal women are not explicitly mentioned as miners or prospectors in our history, they were very involved in the industry from the beginning. In 1910, Aboriginal prospector Kitty Pluto, along with her husband found the first samples of gold on what became Cape York Peninsula’s, Wenlock Goldfield. Continuing to prospect, she made further significant finds and is the only woman to date accredited to discovering a goldfield in Australian.

The change came in the late 1960s and early 1970s when the doors to women’s employment in mining were forcibly opened. A variety of pressures like the women’s movement’s campaigns against the sex-segmented labour market, government promotion of equal employment opportunities and the fight against gender discrimination all took their place against the industry’s historical employment perception.

Young, educated women who discovered their sense of being able to do anything they wanted to do became not only attracted to an industry offering science-driven work environments but the promise of travel, healthy income, and important career paths. They knew they were the frontline of change.

As well as scientific shifts in the industry, it also faced massive changes to employment practices. The move to open cut mining greatly amplified mechanical replacement of the historically labour-intensive work processes. The boom-heavy decades that followed created many opportunities for women in the mining industry, and although they have encountered continuous discrimination and harassment industry-wide, female participation has increased until recent times.

the first women employed in In the Queensland coal mine operations worked as labourers in wash plants but have of course evolved to positions like truck driving. In the 2000’s around 40% of truck drivers were female.

Of the national workforce around 45% is currently female, however in the mining industry the figures sit at just 16%, and only 11% for non-traditional (female) mining roles.

So, what is keeping the numbers down?

What is the reason only 16% (Federal Government’s Workplace Gender Equality Agency.) of the mining industry in 2018 are women?

Have your say below, and stay tuned for the second half of Women of Mining. 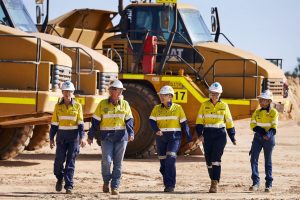 Resources contractor collapses due to pandemic 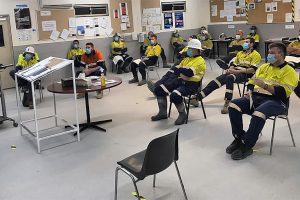 Foreign-backed mine accused of exploiting, discriminating against workers

Mine worker celebrates half a century at company