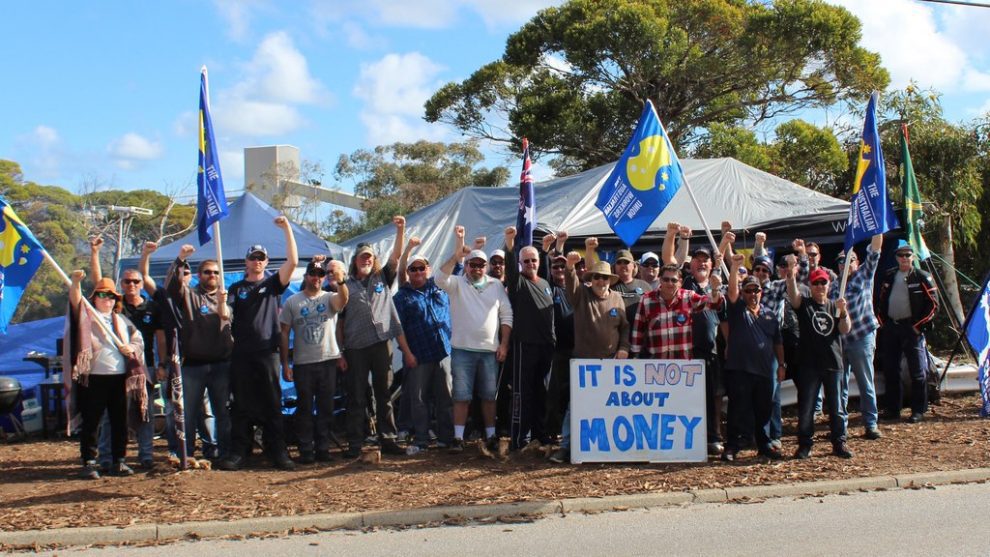 Alcoa and the Australian Workers’ Union (AWU) have reached an agreement after a two-month long strike at the miner’s operations in Western Australia. The strike by around 1500 workers, was in protest to the company’s proposed Enterprise Bargaining Agreement (EBA), which elevated fears regarding job security.

The strike, which started on August 10, was expected to only last for a week, but lasted 53 days. National secretary of AWU, Daniel Walton, said it one of the biggest strikes Australia has ever seen. Alcoa has now revised its Enterprise Bargaining Agreement to include commitments affirming it will not make employees redundant through replacement with casual employees or outsourcing.

The AWU’s response stated that they were not seeking to improve or extend existing pay and conditions, they just wanted security to keep doing their jobs without having to constantly look over their shoulders. The AWU sees it as a victory for the entire Australian trade union movement and for everyone who got behind the workers.