Increasingly the resources sector around the world is looking at smartening up. Not just digging bigger holes, but digging holes in better places; extracting more commodities with less expenditure; and cleaning the entire act up.

Two companies in the U.S. have pledged to launch a series of spacecraft and exploratory satellites to investigate the possibility of mining natural resources from asteroids – as early as 2015.

One of the companies, Deep Space Industries, plans to begin operations by servicing ‘in-space markets’ first, where its claimed fuel and materials shipped up from Earth are exceedingly costly. What these markets are remains a mystery, but it’s sure to involve a McDonalds franchise.

The company claims they will build a MicroGravity Foundry that “will be able to transform asteroid ore into complex metal parts with a simple 3D printing process.”

The company asserts “Along with water, air and propellant, there are asteroids with more gold and platinum in them than the human race has used in its entire history.”

No word yet on whether they’ll be employing a FIFO workforce.

A team of scientists from some of the world’s leading universities is conducting research into plants that are able to grow on mine tailings (waste materials) and sponge up metals into their cellular structure. It is envisaged that these metals could then be extracted for commercial use.

Under investigation are strains of mustard, willow and corn that have evolved a resistance to specific metals and can accumulate relatively large amounts of these metals in their cells.

Team member, Professor Neil Bruce from the University of York said, “The ability of plants to extract metals from soil and redeposit the metal as nanoparticles in cells is remarkable. This project will allow us to investigate the mechanisms behind this process and provide a green method for extracting metals from mine tailings that are currently uneconomical to recover.”

Professor James Clark, the Director of the Green Chemistry Centre of Excellence at York, says: “We are looking at ways of turning these residual metals into their catalytically active form using the plants to extract them from the mine waste. The plant is heated in a controlled way with the result that the metal is embedded in a nano-form in the carbonised plant.” 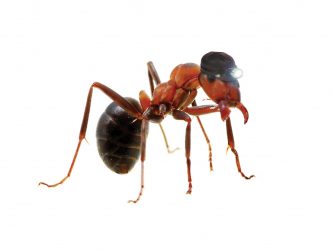 Exploration companies in Western Australia are using ants and termites to help them pinpoint high concentrations of goal deposits far beneath the surface.

On test sites in the West Australian goldfields, termite mounds were found to contain high concentrations of gold which correlated to larger deposits underneath the ground. Termites and ants burrow deep into the ground and bring up small particles that contain gold which are then stockpiled in their mounds.

Insects could provide a new, cost effective and environmentally-friendly way of exploring for new mineral deposits, avoiding the traditional method of expensive and often inaccurate drilling.

It was also found that the insects carry metals in their bodies and excrete the metals on the surface ‘much like little kidney stones’. Nasty. 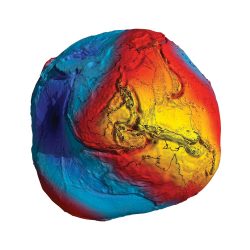 The World Gravity Map (WGM) allows geophysicists to detect and isolate large mineral deposits more accurately than traditional methods and allows scientists to understand the structure of the Earth in far greater detail than ever before. The WGM maps the entire Earth’s gravity field in ultra-high resolution at spatial scales of less than two kilometres.

Essentially the WGM allows geophysicists to see the Earth ‘from the inside out’. Increased gravity indicates possible high-density ore bodies and allows large resource deposits to be identified more accurately. 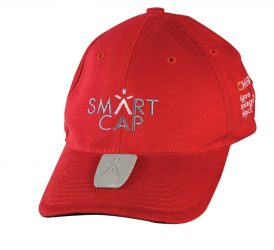 A Queensland-based company has developed a baseball cap that uses an operator’s brain wave (EEG) information to calculate a measure of drowsiness, which is then wirelessly communicated to a display in-cab, or to any Bluetooth enabled device. This has been made possible by the development of small sophisticated sensors, concealed in the cap lining, that are capable of reading EEG through hair, without the need for any scalp preparation. The company is currently working on a hard-hat version of the cap.

CSIRO scientists have developed a new treatment for removing contaminants from mining wastewater using an antacid called hydrotalcite; a substance more commonly used to stop heartburn in humans. The one-stop process purifies the wastewater from mines in a faster, more effective way than current methods, while also reducing sludge by up to 90 per cent.

Dr Grant Douglas, a CSIRO Senior Principal Research Scientist said the team found that hydrotalcites, which are layered minerals consisting of aluminium and magnesium-rich layers, can simultaneously remove a variety of contaminants in wastewater in a single step.

“We realised that hydrotalcites begin to form when aluminium and magnesium are present at an ideal ratio and under conditions during neutralisation of acidic waters. As hydrotalcites form, the contaminants become trapped and are easily removed from the wastewater as a solid,” he said.

“Mining wastewater often contains substantial magnesium and aluminium concentrations. This means that we can create hydrotalcites utilising common contaminants that are already present in the wastewater, by simply adjusting their concentrations and adding alkaline compounds to rapidly increase the pH level.” This process is currently being commercialised and is set to make water management practices across the mining industry more sustainable.

A team of researchers from CSIRO and Direct Nickel have developed a new environmentally friendly processing method that could unlock 70 per cent of the world’s nickel.

The technique uses nitric acid in nickel laterite processing, and could make laterite mining competitive with sulphide mining, the source of the bulk of Australia’s current production.

It is believed to be the only process capable of treating the full laterite profile, from limonitic to saprolitic ores in a single flowsheet.

The process promises greater efficiency through low capex/opex plant and re-use of reagents.

Part aircraft, part blimp, part hovercraft; the Hybrid Air Vehicle is being touted as a ‘game-changer’ for remote mine sites across the world. The company claims the craft offers the flexibility of a helicopter, the range of a fixed wing aircraft, the capacity of a road train and operating costs lower than all.

The vehicle does not stall and does not need a runway. It lands on any reasonably flat surface and has a take-off and landing speed of around 40 knots.

The vehicle can accommodate six 20-foot containers in its payload module, subject to a maximum weight of 50 tonnes. A built in crane with a 20-tonne capacity is included as part of the basic specification.

In what is believed to be a world first, gas has been extracted from methane hydrate deposits off the coast of Japan. Methane hydrate is a frozen gas, often referred to as ‘flammable ice’.

State-run Japan Oil, Gas and Metals National Corporation (JOGMEC), who have invested several hundred million dollars into developing the new technology, claim the deposit could supply enough gas to meet demand in Japan for up to 11 years.

The technology involves the depressurisation of methane hydrate to produce methane gas.

Scientists at Northwestern University have stumbled across a gold purification technique that could replace the dangerous and expensive use of cyanide – using nothing more than sugar from cornstarch.

The environmentally-friendly method extracts gold from crude sources and leaves behind other metals that are often found mixed together with the crude gold. The University claims the new process could also be used to extract gold from consumer electronic waste such as computers and mobile phones.

The scientists discovered the process by accident, using simple test tube chemistry, while trying to make an extended, three-dimensional cubic structure to store gases and small molecules. A series of rigorous followup investigations provided evidence for the competitive strength of the new procedure.

Mining in Australia is “on the cusp of a major generational change” where smart technology and big data will deliver productivity in an ever more challenging environment, according to leading research scientists.

“Real time sensors and data processing allow us to operate in a very data-rich environment with much more precise control over the operation” says Jonathan Law, director of CSIRO’s Minerals Down Under Flagship.

This framework will allow the sector to be more efficient and is a “fundamental change that’s going to come very quickly” he explains.

Jonathan will outline the latest technological applications about to transform current operations as well as his longer term research and development strategies when he presents to Chief Operating Officers from some of the biggest names in the sector at the Media Corp International Summit in October later this year.

The industry is facing tough conditions across the board. Fluctuating commodity prices coupled with declining current resources, new deposits that are harder to find, harder to get at and often need specialised processing, all put downward pressure on productivity. There is also strong social and economic competition for resources like water and energy and skill shortages which drive operating costs up.

Automated machinery is already a reality on some mine sites. Iron ore operations in the Pilbara are utilising remotely operated machinery, but this is just the tip of the iceberg. Following the example of manufacturing, which uses complex interaction of machinery on the production line and standardised equipment, will deliver significant productivity gains for the resources sector.

“At the moment much of the technology that’s deployed is actually uniquely made for that specific mining operation and we see great opportunities to modularise and standardise equipment and monitor and deploy that equipment from remote sites so we can start to take advantage of those economies of scale that the industry hasn’t been able to take advantage of so far.” Automation has the potential to deliver 24 hour operations with real time information that can be remotely operated. This reduces the size of the onsite workforce, cuts labour costs, improves health and safety and makes it easier to operate in inhospitable environments.

The science community is already working on more efficient processing methods. One of the latest techniques being trialed is the use of nitric acid in nickel laterite processing, developed in partnership with Direct Nickel. It will unlock 70 per cent of the world’s nickel and make laterite mining competitive with sulphide mining, the source of the bulk of Australia’s current production.

But it’s not just high-tech solutions that will make the difference. Reducing waste, recycling materials and finding uses for by-products that are currently discarded are all strategies that will impact the sector’s bottom line and help meet the growing demand for social and environmental responsibility.

But the key to success on the world stage, according to Jonathan Law, is a different approach to future development. The entire industry, in partnership with the research community, needs to co-operate and share innovation and be less protective of intellectual property.

“There is a lot of repetitiveness in the system at the moment and a lot of technologies end up stranded because they are either protected by one company or they simply don’t have a commercial partner to deliver them into the market.”

But change is afoot says Jonathan. “Many in the industry are realising that being over- protective of intellectual property actually works against the larger scale savings that potentially that come from having standard technologies deployed across the industry.”

Minerals Down Under aims to lead research and development across the sector. “If we can really balance the research community with the service providers and with the consumers of mining technologies in a more effective way, we could really transform the value that we get from our investment in mining research.”

“Learning and innovation go hand in hand. The arrogance of success is to think that what you did yesterday will be sufficient for tomorrow.”
William Pollard.