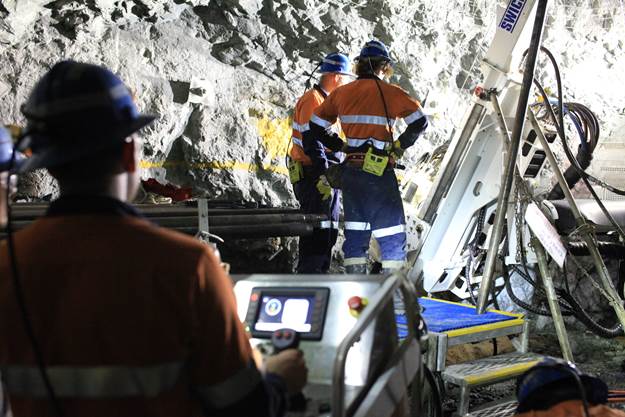 Swick Mining Services (“Swick”) has reached a major milestone by drilling 10 million metres of diamond core, a rare feat for a drilling contractor.

The milestone comes after Swick first started drilling diamond core in 2004 with just one mobile underground drill rig at a nickel mine in Kambalda, Western Australia.

Since then, the Company has grown to have operations across Australia, the USA, and Portugal, with 76 drill rigs, 560 employees, and revenue in excess of $135 million.  Swick is now ranked in the top five mineral drilling contractors globally, based on mineral exploration drilling services revenue.

At 10 million metres, the amount of diamond core drilled by Swick end-on-end would equate to almost 80 per cent of Earth’s diameter.  At current drilling rates, in approximately two years Swick would have drilled enough diamond core to reach the other side of the planet.

Swick Managing Director Kent Swick said the rare milestone was a major achievement for a drilling contractor with humble beginnings.

“I founded Swick in 1995 and over time realised we needed to step it up as a contractor by getting into an area that offered more stability and longer-term contracts, which I identified as underground diamond drilling,” Mr Swick said.

“After taking a look at underground diamond rigs that were available to be purchased, which were all skid based, I couldn’t understand why a mobile rig on wheels didn’t exist.

“So after discussions with our workshop foreman, Derek Montauban, we decided to convert a single boom jumbo we had as a long hole drill into a mobile underground diamond drill rig, and soon started work at the Beta Hunt Nickel Mine in Kambalda for our client Reliance Nickel in June 2004.

“We had no idea how productive that concept would be but soon found we were drilling as much core in one week as the previous contractor was drilling in a month.

“The popularity of the mobile drill rig was spreading like wildfire and soon we weren’t able to build them fast enough, so in October 2006 Swick listed on the Australian stock exchange with 18 rigs and an annual turnover of around $35 million dollars.

“12 years on and after experiencing a boom and bust in that time we now have a fleet of 76 rigs and a turnover in excess of $135 million.

“It’s a great achievement and a testament to our employees, as without their hard work and commitment it would not have been possible.

“Today, our operating performance in the field combined with reduced overheads and some much-needed adjustments to drilling market rates have put Swick in a strong position to benefit from the better times expected ahead for drillers.”

Swick has started the 2018-19 financial year in a strong position, having secured the renewal of major projects at the Jundee, Renison, and Broken Hill mines, a new contract from Sandfire Resources at its Monty Project in WA, as well as the first commercial agreement for Swick’s revolutionary Orexplore mineral scanning technology.