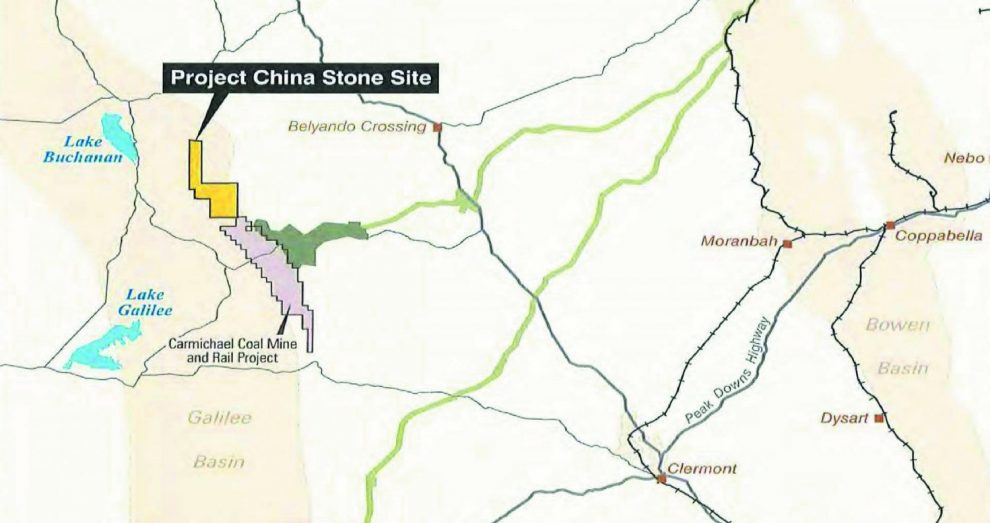 The Palaszczuk Queensland Government has given conditional environmental approval to a proposed A$6.7bn China Stone coal mine in the Galilee Basin. The underground thermal and open-cut coal mine proposed to be located 300 km west of Mackay, is anticipated to produce 38 million tonnes per year during peak production, with product from the project exported for the Chinese market.

In the environmental impact statement, the state’s Coordinator-General Barry Broe approved the project with multiple conditions. The impact statement from Broe said the project would include the development of mine infrastructure areas, a coal handling and preparation plant (CHPP), a tailings storage facility (TSF), a rail loop and train-loading facilities, a coal-fired power station and power station waste storage facility, a private airstrip and an accommodation village.

Key project benefits identified in the EIS are:

The EIS states that the project would occur on a site of approximately 20,000 hectares of crown land currently used for grazing, and would require clearing of around 11,000 ha of vegetation. The EIS proposed that around 45 per cent of the cleared land would be rehabilitated post-mining to be suitable for grazing, which is the current primary land use in the area. However, the EIS proposed that the remainder would have been be permanently lost post-mining, none of which were accepted.

Broe set conditions that require the progressive rehabilitation, during the life of the mine, of all land used for the project must be undertaken. Further, this land is to be rehabilitated in such a way that, after mining, it should be of use for grazing and as habitat for significant species. Backfilling of the open-cut mine pits, which would otherwise have sterilised 3,400 ha, must be done to at least a level above the pre-mining groundwater level to prevent ongoing groundwater impacts and enable the land to be used post-mining.

The EIS also assessed the impacts of the proposed 1,050 megawatt (MW) power station and the power station waste storage facility, and concluded that further assessment of power supply alternatives including renewables is required and imposed conditions to ensure this additional information is provided to the Department of Environment and Science (DES) to enable assessment of the need for a new coal-fired power station and its impacts on air quality.

Broe also noted that the project will contribute close to $1.5bn per year to Queensland’s state product for the first 25 years of the site’s operations.

The company will build a large open cut and two underground mines, as well as a coal handling and preparation plant, a tailings and water storage facility, a rail loop and train-loading facilities, an airstrip, an accommodation village and the coal-fired power station.

The coal mine will have an estimated life of approximately 50 years.