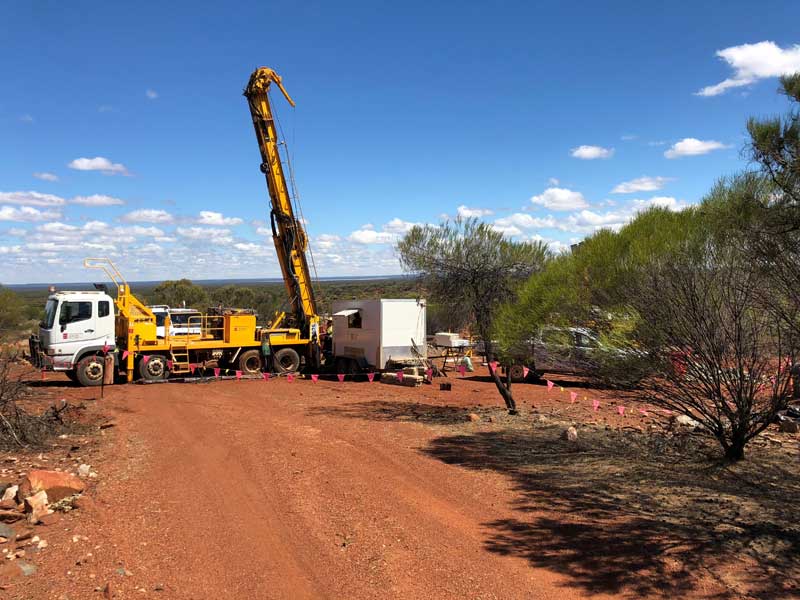 EganStreet Resources Limited (ASX: EGA, EganStreet or the Company) continued to make progress during the March 2019 Quarter, towards its goal of developing a new high-grade gold operation at its 100%- owned Rothsay Gold Project in WA, (Rothsay or the Project).

During February 2019, the Company released encouraging results from the Orient Shear RC programme which was completed during the December 2018 Quarter. Results indicate that the mineralisation on the Orient Shear is more extensive than previously thought with grades of up to 34.6g/t Au intersected along 800m strike on the Orient Shear, less than 200 metres west of the main Woodley’s Resource.

“The drilling programme at Orient demonstrated the significant prospectivity of the Rothsay Project and the strong potential to define additional resources in satellite mining areas surrounding the proposed location of the main decline and processing plant,” EganStreet Managing Director Marc Ducler said.

“Our current focus remains on obtaining project development funding and then moving to make Rothsay a producing gold mine, but we clearly have a large number of targets for future investigation which are likely to be located close to mine access infrastructure.”

The Company continued to progress approvals, permitting and project financing discussions for Rothsay during the Quarter, putting it in a strong position to make a Final Investment Decision (FID) and commence construction of a standalone mining and processing operation.