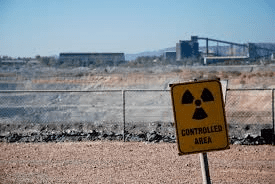 Northern Territory and national environment groups have pledged to fight a proposal for a new underground uranium mine within the boundaries of Kakadu National Park.

The groups are arguing that the proponent, Energy Resources of Australia, has failed to supply key details that would allow NT and federal environment ministers to make an informed assessment of the project’s economic risks.

At the time of the submission, ERA Chief Executive, Andrea Sutton, defended the mine’s environmental credentials.

“ERA has successfully protected the surrounding environment during more than 30 years of operations at Ranger which has been confirmed by the independent Commonwealth Supervising Scientist,” Ms Sutton said.

ERA is required to end mining and mineral processing at the Ranger mine in January 2021 and environmental groups are concerned that the planned new underground operation, known as Ranger 3 Deeps, would complicate and delay the company’s mandated clean up and rehabilitation period.

“ERA’s financial struggles are well known to investors who have fled the depressed uranium sector in droves since Fukushima,” said Lauren Mellor of the Environment Centre NT.

“With rehabilitation liabilities of more than $700 million – worth more than ERA’s market value – the company has warned the ASX it may not be able to fully fund future rehabilitation. Federal and NT assessors should demand all project data be made available for public scrutiny during the assessment process.”

“Ranger has been operating inside Kakadu for more than three decades and has experienced hundreds of leaks, spills and license breaches in that time, including a major radioactive spill last year that shut the plant for six months,” said the Australian Conservation Foundation’s Dave Sweeney.

“The mine is ageing, failing and is overdue for retirement. But instead of a planned and costed clean up and exit plan, ERA is pushing ahead with incomplete plans for a new underground mine, playing radioactive roulette at Ranger.”

“We will actively contest any new uranium mine in Kakadu because this company has a track record of broken pipes and broken promises.

The last incident at Ranger occurred at approximately 1am on 7 December 2013. A tank failure resulted in a spill of approximately 1,400 cubic meters of acidic slurry into the environment. The mine is surrounded by Kakadu National Park and at the time grave concerns were held for the future health of waterways, flora and fauna in the park.

The peer-reviewed report found that at the time of the tank failure, ERA’s management of process safety and its corporate governance did not meet expected standards. It also found that regulators need to pick up their game in order to identify non-compliance issues.