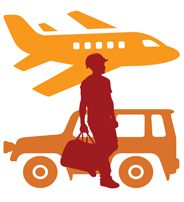 A survey of FIFO and DIDO workers conducted by the CFMEU has found many workers fear they will be targeted or sacked if they raise concerns with their employer.

The Essential Research survey of 1493 workers across northern Australia found:

“The high level of job insecurity reflects the current cost-cutting drive that is seeing companies ruthlessly slash jobs at any suggestion of a compromise on profits,” said Mr McAndrew.

“Permanent jobs are being cut or replaced by insecure, lower-paid contract work across our industry.

“Companies are also becoming more controlling about work and living arrangements; locking locals out of job opportunities and insisting all workers must commute from specific locations.

“Our survey found that many commuting mineworkers, whether FIFO or DIDO, are spending many hours travelling to and from their place of work causing exhaustion when adequate fatigue management measures aren’t in place.

“Meanwhile workers who live in traditional mining communities say their towns are dying because mining companies refuse to hire locals or engage with local businesses.

“Mining is an important employer across Northern Australia and commuting workforces are an important to the industry.

“But employers need to do the right thing by workers and their families: give them the job security they deserve, treat them with respect, prioritise fatigue management, support local jobs and communities and give workers real freedom of choice over where they live.”

A copy of the research report can be downloaded here.