Energy Networks Australia has welcomed the release of the National Hydrogen Roadmap, which sets out a blueprint for the development of a hydrogen industry in Australia, showing a cost competitive industry is on the horizon.

Energy Networks Australia was a member of the CSIRO led Roadmap steering committee and the network sector contributed $80,000 towards its development.

Chief Executive Officer of Energy Networks Australia Andrew Dillon said across the sector there are many applications for hydrogen.

“We proactively engaged with CSIRO to identify the role networks could play in reducing emissions from the use of gas within homes and industry.

“Hydrogen by itself, or as blended with natural gas provides exciting opportunities. Just like renewable power generation offers emission reductions from electricity generation, hydrogen offers similar potential to sectors where electrification does not make sense.”

Mr Dillon said Australia’s gas infrastructure is suitable to deliver hydrogen and there is growing interest from network businesses.

“Innovation to reduce the production cost of hydrogen will see it make commercial sense to be used as a network fuel to complement or replace natural gas in coming decades.”

Mr Dillon said using hydrogen in networks provides a better outcome for customers. “Modelling by the Australian Gas Infrastructure Group indicates that converting Victoria’s gas networks to hydrogen is 40 per cent cheaper than electrifying the energy supplied by gas networks.”

The Roadmap outlines a range of actions to be undertaken on the hydrogen journey.

“We’re already committed to this journey through pilot projects being carried out by our members, as well as supporting the Future Fuels CRC – that aims to create knowledge to facilitate converting networks to be hydrogen based,” Mr Dillon said. “This is a long-term strategy underpinning industry’s Gas Vision 2050.”

The National Hydrogen Roadmap sets out a path to develop the action and investment plans required to realise the full benefits of a hydrogen economy. Hydrogen is a clean-burning fuel with a range of uses, from powering vehicles, to storing energy.

Hydrogen can service multiple markets and if produced using low-emissions energy sources, will enable deep decarbonisation across the energy and industrial sectors. 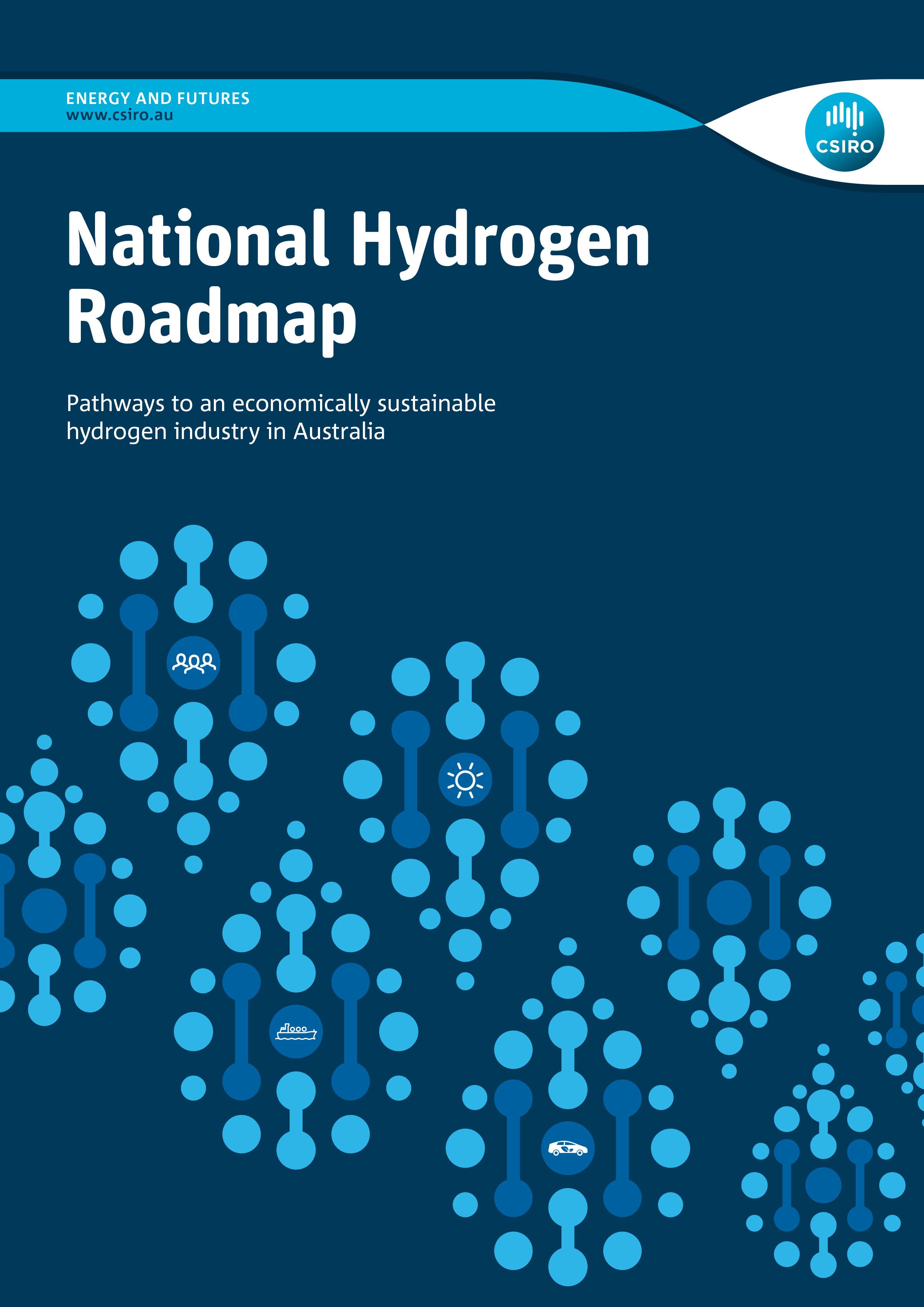 “Australia has a unique and urgent opportunity to turn significant natural resources, including coal, gas, and renewables like solar and wind energy, into a low-emissions energy product and ship it around the world – in some cases literally exporting Aussie sunshine,” Dr Marshall said.

“CSIRO is at the forefront of innovation with our partners in industry, government and the research sector, like our recently developed, world-first membrane to separate hydrogen from ammonia for fuel cell vehicles.

“This National Hydrogen Roadmap provides a blueprint for growing Australia’s hydrogen industry through coordinated investment to be globally competitive.”

“And while much of the required technology is at a mature stage, there is considerable scope for further R&D to further improve process efficiencies and develop new applications.”

The national science agency consulted broadly to develop the Roadmap, which was sponsored by 21 industry and government bodies.