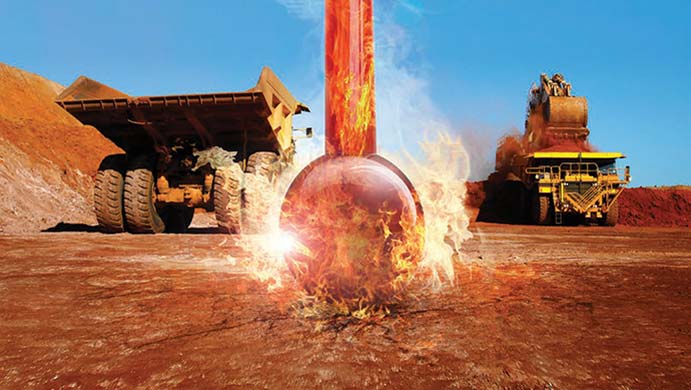 A new study by the University of Adelaide’s School of Public Health has linked data from worker compensation claims with temperature records.

The study, Perceptions of Workplace Heat Exposure and Controls among Occupational Hygienists and Relevant Specialists in Australia, conducted by Jianjun Xiang, Alana Hansen, Dino Pisaniello and Peng Bi, found there was an association between hotter temperatures and an increase in injury claims.

“What we found was that once the mercury approached 37.7°C; there was a considerable increase in injuries recorded.

“We found that the types of injuries and illnesses that occurred on particularly hot days were also largely preventable and included incidents like falls, poisoning due to chemical exposure, occupational burns and heat stroke.” Professor Bi said it is clear from this research that more needs to be done to protect workers in extreme heat.

Almost all respondents in the study often heard workers’ concerns on heat exposure during hot weather, indicating that workers’ thermal comfort has been compromised by heat exposure in Australian workplaces.

“This is supported by previously published studies investigating workers’ physiological responses to heat exposure. For example, a study conducted in Western Australia showed that nearly 70 per cent of aboveground miners were poorly hydrated,” the study said.

In the study, more than half of the respondents had the experience of investigating injuries and accidents occurring during extremely hot weather.

“This suggests that heat stress prevention methods currently adopted in Australian workplaces may not sufficiently and effectively protect vulnerable workers from heat-related illnesses and injuries,” the study said.

“Relevant actions should be taken on the aspects of administrative controls, educational training, personal behaviours adjustment, and the development of heat prevention policies.

“With projections of increasing temperatures due to climate change, heat exposure may present a growing challenge to workers’ health and safety.”

The study also revealed a lack of heat exposure preparedness, with most OHS professionals not knowing of any companies that have taken actions to reduce the impact of heat stress.

“Although most workplaces reportedly had hot weather plans, previous studies have shown a significant increase of injury claims for vulnerable sub-groups during heatwaves in Adelaide.”

The results showed that about half of respondents were not satisfied with current heat prevention measures, reflecting the necessity to upgrade current heat policies and strategies.

The study results cited the Construction, Forestry, Mining and Energy Union (CFMEU): “if temperature is over 37°C all work ceases unless working in air conditioned area”.

However, only 40 per cent of respondents selected this as a preventative measure for hot temperatures.

The study’s conclusion stated Australian occupational hygienists and specialists showed concerns over heat stress, but did not show strong willingness to amend heat prevention recommendations to management or companies.

“The Australian workplaces may not be well-prepared for the likelihood of increasing incidence of heat stress due to climate change,” the study said.

“The high proportion of participants not satisfied with current heat prevention measures indicates there is a need for further development of current heat management strategies in the Australian workplaces.”

The study was published in PLOS ONE.

“With projections of increasing temperatures due to climate change, heat exposure may present a growing challenge to workers’ health and safety.”