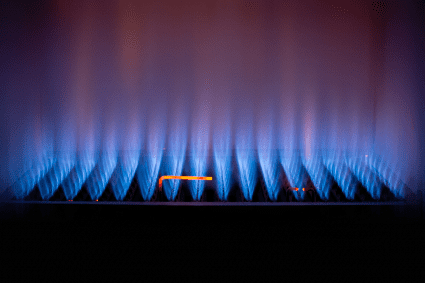 A report by the Australian Energy Market Operator (AEMO) released today has highlighted the need for more gas supply in Victoria in order to avoid a projected shortfall in 2022, equivalent to almost 400,000 homes.

With average consumption of 50 gigajoules a year, Victorians use more gas for cooking, heating and hot water than households in any other state across Australia.

Gas is also critical for power generation. Due to Hazelwood’s closure and the need to support intermittent renewables, Victoria in 2017 saw a 500 per cent increase in the amount of gas used to generate electricity on the year prior.

The Victorian Gas Planning Report found, in 2022, there would be a 19 petajoule shortfall in Victoria. One petajoule is equivalent to the average consumption of a regional centre such as Warrnambool.

Given Victoria’s high reliance on gas for households, industry and power generation, Victorians should be concerned by the forecast decline in their state’s domestic production and support moves to unlock Victoria’s 40 years’ worth of gas resources.

With the Australian Competition and Consumer Commission saying Victorians pay an additional $2-4 per gigajoule for gas to be transported from Queensland, the state can hardly afford this situation.

The AEMO report adds weight to the need for Victoria and other states to remove their bans and moratoriums on gas exploration and development, whether onshore or offshore.

It follows the release this week of the Scientific Inquiry into Hydraulic Fracturing in the Northern Territory which found “the conclusion of this Inquiry is that the challenges and risks associated with any onshore shale gas industry in the NT can be appropriately managed”.

This is consistent with the Finkel Review which recommended that “governments should adopt evidence based regulatory regimes to manage the risk of individual gas projects on a case-by-case basis” – a recommendation which was accepted by all states and territories except Victoria which wanted a specific mention of the existing restrictions it has in place.

The Turnbull Government intervened in the gas market to secure additional gas supply for domestic customers. This has already seen an additional 70 PJ of gas committed by the LNG companies to the domestic market.

The best long term solution, however, remains to fully unlock Australia’s gas resources by removing state and territory moratoriums. The Northern Territory potentially has up to 200 years’ worth of gas resources, while Queensland currently supplies 99 per cent of unconventional gas across the country.

The Commonwealth calls on all states and territories, no matter their political persuasion, to free up gas exploration and development to deliver a more affordable and reliable energy system for all Australians.