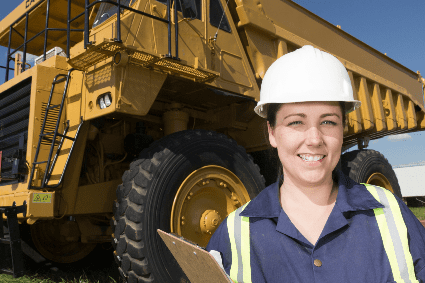 The Minerals Council of Australia congratulates the 11 women and men and two resources companies recognised at the 2017 Rio Tinto Women in Resources National Awards in Launceston.

Hosted by the Tasmanian Minerals Energy Council in 2017, the awards are an initiative of the Minerals Council of Australia and state chambers to recognise individual success and promote diversity and inclusion across Australia’s minerals industry.

Vanessa Torrens, Vice President of BHP’s Iron Ore operations, took out top honours, receiving the prestigious Exceptional Women in Australian Resources for her leadership and commitment to advancing gender diversity in BHP and across the resources industry.

Michelle Keegan was recognised with a special Industry Achievement Award in recognition for her career success, work to advance gender diversity in four jurisdictions and long-standing commitment to community service.  Starting out as a mining engineer in Kalgoorlie, Ms Keegan is now a vice president in Incitec Pivot’s Asia Pacific Region.

Andrew Bigg, Manager of Mining and Mobile at South32’s GEMCO mine in the Northern Territory, also received a special judges award for his work to support women to progress into mining leadership roles and build an inclusive culture at the operation.

St Barbara received the Excellence in Company Diversity Programs and Performance Awards for its long-standing commitment to advancing gender equity.   Headquartered in Melbourne, the gold mining company’s program of company diversity initiatives has led to 100 per cent of women returning from parental leave, an increase in women working flexibly and a significant reduction in staff turnover.

A full list of winners across all categories is available here.

Held in Launceston, 2017 is the first time the national awards have been held outside a capital city, recognising the regional footprint of Australia’s minerals industry. And, also for the first time, the 2017 awards were preceded by a Diversity and Inclusion Forum, an event bringing together business leaders from a range of industries

Launched in 2010, the awards support the industry’s commitment to increasing female representation in Australia’s minerals industry.  The awards are supported by various women in mining networks.