Home » Latest News » From the Minerals Council of Australia: Maintaining momentum on carbon capture and storage 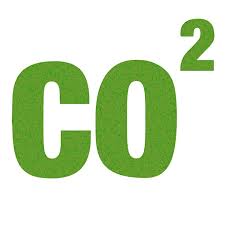 Australia has been urged to build on work to date on carbon capture and storage (CCS) by playing a lead role and contributing to world efforts to massively reduce the cost of meeting international climate goals.

A submission by the Coal Industry Advisory Board to the International Energy Agency said deployment of CCS is critical to meet global emissions targets.

CCS prevents carbon dioxide from entering the atmosphere when fuels such as coal, oil and natural gas are used. The process captures CO2 at a power station or industrial facility such as a steel, LNG or cement plant and stores it in deep underground geological structures.

The CCS process is used widely overseas, with 21 large-scale CCS facilities in operation or under construction around the world including in Canada and Texas, and can reduce emissions from coal-fired generation plants by up to 90 per cent.

The United Nations Intergovernmental Panel on Climate Change has said if the world is to succeed in constraining CO2 emissions to levels consistent with a 2°C rise in global temperatures, then CCS will need to contribute about one-sixth of CO2 emission reductions in 2050.

“Without CCS, the cost of achieving a 2°C goal increases by a mean estimate of 138%. This increase in cost equates to ~3% of cumulative global GDP for the rest of the century,” the CIAB submission warned.

The submission outlines a number of CCS-enabling projects being undertaken in Australia, including the successful commercial demonstration of capture technology at Queensland’s Callide Power Station.

The submission recommends the Australian Government should implement additional policies to promote CCS investment and work with industry to co-develop CCS technology projects that are industrially scalable. In addition, the submission calls on the Government  to adopt energy policies, including low-emission coal technologies, that provide the right settings to close the gap between carbon reduction ambitions and current emissions.

CCS is important if Australia is to help contribute to global emissions reduction goals at the lowest possible cost. It will also help decarbonise energy-intensive industries that depend on the continued use of fossil fuels.

Case studies cited in the submission, including from Australia, show that commercial-scale projects of first-generation CCS technology work effectively. Next-generation deployment will require co-operative efforts between governments and industry to develop projects that distribute risk and cost consistent with the level of public and private benefit achieved.

The submission cites Australia’s COAL21 initiative – established to generate funding for CCS and other low-emission coal technology projects – as a model for other countries to follow. The COAL21 Fund, which co-invests with government, electricity generators, equipment suppliers and other investors, is funded by a voluntary levy on coal production and has so far committed $300 million to projects.

COAL21 Fund achievements over the past decade and future plans

Future Plans
The black coal industry has committed to ongoing and new initiatives to support the Fund’s objectives of building confidence in carbon capture & storage (CCS) technology and developing CO2 storage capacity within Australia. The plan over the next ten years includes: