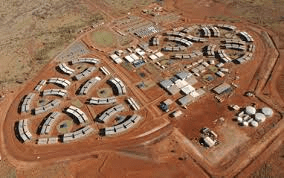 Mining camps in the Pilbara of Western Australia could soon be a thing of the past if the local MP, Brendon Grylls, has his way.

The former leader of the state National Party and Member for Pilbara told The West Australian that he would be fighting the renewal of mining camp leases in his electorate.

The MP acknowledged that during construction of large resources projects, mining camps were necessary, however he feels strongly that when a project begins operations, resource companies should then look at housing workers locally.

“Certainly, I look forward to taking policies to the next election that look like we are trying to build a Karratha city of 50,000 – we’ve got 25,000 now – and you don’t increase the residential population of the city by constantly approving extended leases on camps,” Mr Grylls told The West Australian.

“Companies have run out of reasons for a FIFO workforce,” he said. “There’s an opportunity for the Pilbara to almost cash in on the cycle and that is with the construction phase coming to an end, for more and more of the workforce to transition into normal residential arrangements.”