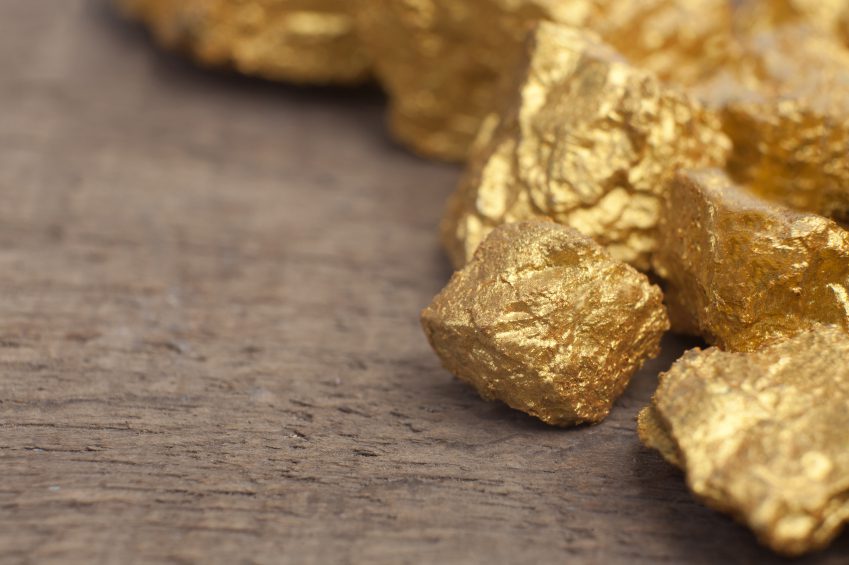 Ramelius forecasts record production for both December quarter and FY18

Open Pit
Open pit operations commenced at the Cosmos area with the Milky Way and Stellar West pits starting in July 2017. The new mining contractor, MACA Pty Ltd, made excellent progress with site layout and infrastructure completed and mining of 2.97Mbcm of mostly waste material. As expected, only minor ore production was recorded, with the deposits showing the typical Mt Magnet weathering grade depletion in the top 30 metres.

The quarter also saw the completion of the Titan pit by Watpac Civil & Mining contractors. The pit achieved design depth and produced some excellent grade towards the base. The pit was completed on the 18th September 2017 and Watpac Mining & Civil had completed demobilisation by the end of the quarter. Mine claimed HG ore was 856,861 tonnes @ 1.82g/t for 50,019 ounces. This compares to a pre-mining Ore Reserve of 1,150,000 tonnes @ 1.39g/t for 51,381 ounces, however an additional 428,414 t @ 0.76g/t of low grade ore was mined, bringing total claimed ore mined to 60,419 ounces.

A significant proportion of Titan ore remains to be milled with an end of quarter stockpile of 383,732 tonnes @ 1.12g/t for 13,761 ounces reported. This material will be fed while Cosmos ore production ramps up.
Claimed high-grade ore mined at Mt Magnet was 238,484 tonnes @ 2.33g/t for 17,876 ounces with Mt Magnet ore mill reconciled production (including the addition of stockpiled and Titan low grade) of 382,979 tonnes @ 1.79g/t for 20,367 ounces recovered.

Underground
Ore development continued at Water Tank Hill throughout the quarter. Ore drives were completed for the upper stoping panel in the 235, 260 and 290 levels (refer Figure 3). By the end of quarter, the 215 ore drive was well advanced in ore and the 195 drive close to intersecting ore. Grade control sludge drilling was completed in the upper levels.

A raisebore slot rise was completed for the initial 235-260-290 stoping panel. Longhole drilling and stope production is expected to commence in October 2017.
Water Tank Hill development ore claimed for the Quarter was 12,871 tonnes @ 5.86g/t for 2,425 ounces.

Processing
The quarter saw a good grade reconciliation performance and the second best quarterly head grade recorded through
the Mt Magnet facility (refer Figure 4). This delivered a strong total mill production result of 426,972 tonnes @ 2.64g/t for 33,836 ounces recovered at 93.4% recovery. A 6-monthly planned shutdown was also completed in July 2017 which included a SAG mill reline, conveyor repairs and an upgrade of the primary crusher structure.
Actual production exceeded the Quarterly guidance range of 28–32,000 ounces and resulted from higher grade ore
being generated at Titan and Vivien. Cash costs for the period decreased to A$951/oz whilst AISC increased slightly
from the previous quarter to A$1,209/oz.

Guidance for the December 2017 Quarter is expected to be between 30,000 and 34,000 ounces. The midpoint of
forecast production (32,000oz) is expected to be delivered at an AISC of A$1,200/oz (refer Figure 5). Mt Magnet
production will be reduced slightly due to completion of the Titan open pit and lower grade stopes being mined at Vivien.