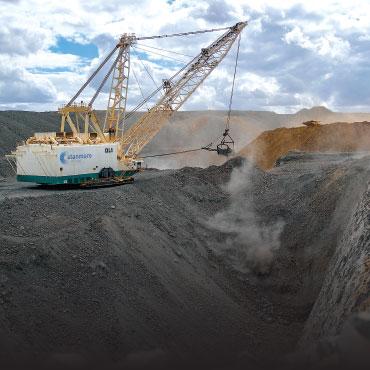 Mines Minister Dr Anthony Lynham said four new mining leases for the existing mine’s extension paved the way for Stanmore to reach its forward production goals for 2019 and beyond.

“The reopening of Isaac Plains was welcome news for Moranbah nearly two years ago, and this is another confidence-booster for the Moranbah community and the Bowen Basin mining community more broadly,” he said.

“This expansion and Stanmore’s further investment in the coal industry will maintain jobs for locals and generate opportunities for local and regional small businesses.”

“These new leases combined with future plans for Isaac Plains will help us to realise our objective to produce approximately 2.7 million tonnes of product coal per annum,” he said.

Isaac Plains Coal mine has operated since 2006 but production ceased and the mine was placed in care and maintenance in January 2015.

Stanmore Coal re-opened the mine in mid-2016, after purchasing it for a dollar from its former operators. It produces mainly export metallurgical coal for steel production.

The first coal from the extension is expected to be produced by early in the first quarter of next year.

Stanmore Coal advised the Australian Stock Exchange this week that the grant of the leases would provide $75 million in state royalties over the life of the mine.

Dr Lynham said the four new leases, covering 1249 ha, were next to the existing mine’s operation, meaning it will be able to use existing coal processing and railing infrastructure, and mining equipment.

Coal from the new leases will be transported via the Goonyella Branch rail line to Dalrymple Bay Coal Terminal for export.

The project is a coordinated project, which allows the state’s independent Coordinator-General’s powers to cut red tape and speed government approvals.