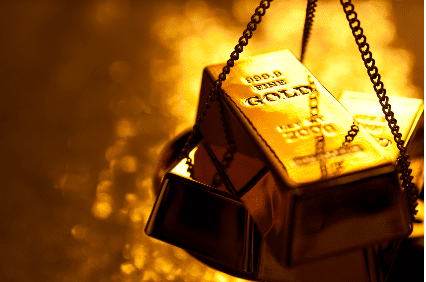 The Perth Mint has announced that Mr Eric Sprott was inducted into The Gold Industry Hall of Fame, while Bob Vassie was awarded the Gavin Thomas Mining Award and Terina Hooper received the Maggie Bullion Award, during the 2017 Precious Metals Industry Awards Gala Dinner in Melbourne.

The Gala Dinner was held on the evening of the first day of the two day Precious Metals Investment Symposium (PMIS), an annual two-day investment and educational event which brings together the precious metals investment industry, from mining explorers and producers, to bullion companies and other investment vehicles.

This year’s Hall of Fame inductee Eric Sprott, has been recognised as one of the world’s leading experts in the precious metals industry. With a career in the investment industry spanning over 40 years, Mr Sprott is the Chairman of Kirkland Lake Gold.

“Eric Sprott has made a remarkable impact on our industry. He has demonstrated outstanding career achievements and service to our community, so it is our honour to induct Eric to The Gold Industry Hall of Fame”, said Julian Haskard, Managing Director, G4Si who sponsored the evening.

The winner of this year’s Gavin Thomas Award, Bob Vassie, is a highly recognised mining engineer with over 29 years international mining industry experience, including as Managing Director and CEO of Inova Resources. Mr Vassie has also held multiple senior management positions throughout his 19-year tenure with Rio Tinto. Most recently he has been credited with turning around the fortunes of St Barbara Limited an ASX listed company with Mineral Resources of over 9 million ounces of contained gold including Ore Reserves of over 4 million ounces of contained gold, as well as an extensive landholding comprising granted tenements and tenement applications in Australia and Papua New Guinea.

“Bob Vassie has clearly shown dedication to our sector, while building a reputation for creating strong team ethics and getting the job done”, said Mr Haskard.

The Maggie award recipient Terina Hooper, has been working in the precious metals industry for close to 20 years. Prior to joining ABC Bullion where she leads the inventory and logistics team, Ms Hooper held a client service executive role at AGR Matthey for almost 10 years.

“The recipient of this year’s Maggie Award is an individual who has shown a remarkable sense of initiative. Terina Hooper is highly regarded at ABC Bullion as someone who constantly exceeds expectations, while maintaining a level of integrity and commitment to our precious metals industry”, said Janie Simpson CEO of ABC Bullion.

Kerry Stevenson the founder of the Symposium said it was great to see the sector coming together to showcase the strength of the Australian Gold industry which, as history shows was what built Australia all those years ago and continues to do so today.