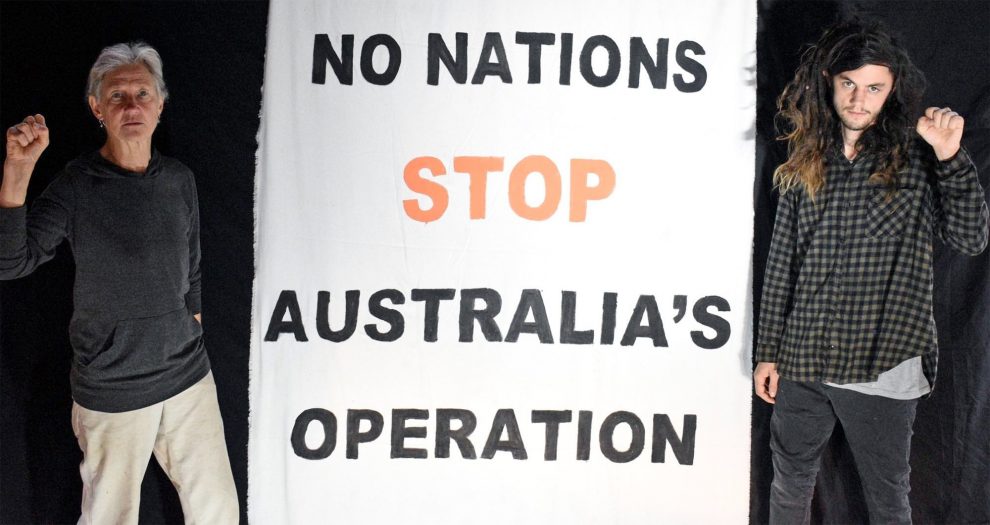 Foreign environmentalists who resorted to civil disobedience will be expelled from the country after unlawfully demonstrating against the resources sector.

Two German-born Blockade Australia protestors will be deported from Australia after suspending themselves high above the ground near Port Botany’s shipping terminal on March 22 and 23.

“We have cancelled those visas and then the Australian Border Force will be affecting their removal from Australia as soon as possible,” Immigration Minister Alex Hawke said citing so-called ‘good order grounds’ according to the Australian Associated Press (AAP).

“Over the last few days we have seen protesters around this state and clearly they have no respect for the law … enough is enough,” he said according to AAP. “These kinds of acts are just disgraceful.”

“They are not disrupting billionaire coal barons, they are actually hitting ordinary Australians who are just going about their work,” he said according to Fairfax Media.

The pair, known as Tom and Arno, could have been jailed for up to two years and fined a maximum of $22,000 under new anti-protest laws.

Tom and Arno’s supporters criticised the Premier State’s tough stance as “anti-democratic” and a violation of free speech. They vowed to continue disrupting commuters, to stop the nation’s “exploitation and climate vandalism” as early as June.

“The minister’s decision to squash dissent to Australia’s operation further exposes that this system is geared for profit and the protection of capital over the community. There are no borders to the climate crisis [and] you cannot deport the climate resistance.”