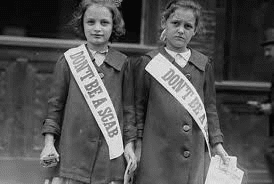 The High Court has today upheld BHP’s sacking of an Saraji mine employee for waving a sign accusing other employees of being ‘scabs’.

Stephen Jauncey, a Partner at Henry Davis York, said the Court’s decision was the fair and inevitable.

“The ruling makes it clear the Fair Work Act protects union members and delegates against discrimination. It does not give them a cloak of immunity for conduct undertaken in their union capacity,” Mr Jauncey said.

“Instead, a union member or delegate can be disciplined for inappropriate behaviour occurring in their union capacity, so long as they are not treated less favourably than an employee who is not associated with a union.”

“The decision reinforces the 2012 ruling in Barclay v Bendigo TAFE that an employee can be disciplined for conduct closely associated with industrial activity, so long as the activity is not itself a reason for discipline.”

The employee at the heart of this dispute, Hank Doevendans, had participated in a lawful protest organised by the CFMEU at the Saraji Mine in Central Queensland in 2012. During the protest, the employee  held up and waved a sign at passing motorists, which read “No principles SCABS No guts”. The employee was soon after sacked by BHP.

The CFMEU brought proceedings in the Federal Court of Australia, claiming that the termination contravened the Act. Section 346(b) of the Act prohibits an  employer from taking adverse action against an employee, which includes terminating the employee, because the employee has engaged in industrial activity.

By majority, the High Court dismissed the appeal. A majority of the Court held that the reasons found by the primary judge to actuate the decision to dismiss Mr Doevendans did not include his participation in industrial activity, or his representing the views of the CFMEU, but rather related to the nature of Mr Doevendans’ conduct and what it represented to the officer about
Mr Doevendans as an employee. The termination was, therefore, not contrary to s 346(b) of the Act.