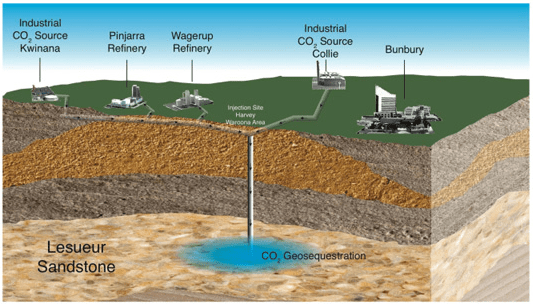 Western Australia’s Mines Minister, Bill Marmion, has hosted a delegation of Chinese officials on a visit to the South West Hub Carbon Capture and Storage project.

The Minister said this week’s visit, “strengthened the already strong ties between the two nations.”

“A vital concern to both countries is the creation and use of low emission technology, to cut waste and increase the amount of energy gained from each tonne of coal,” Mr Marmion said.

“Carbon capture and storage (CCS) is a developing technology that offers very good prospects of emissions reduction in the future.”

“This is an area with excellent prospects as an injection site for the underground storage of carbon dioxide in the Lesueur Sandstone,” the Minister said.

“The Chinese delegation is also aware of the advances we have made in CCS in co-operation with industry in WA.

“The Gorgon Project at Barrow Island is the world’s largest carbon sequestration project, storing up to four million tonnes of carbon dioxide a year and set to reduce the project’s greenhouse gas emissions by about 40 per cent.”