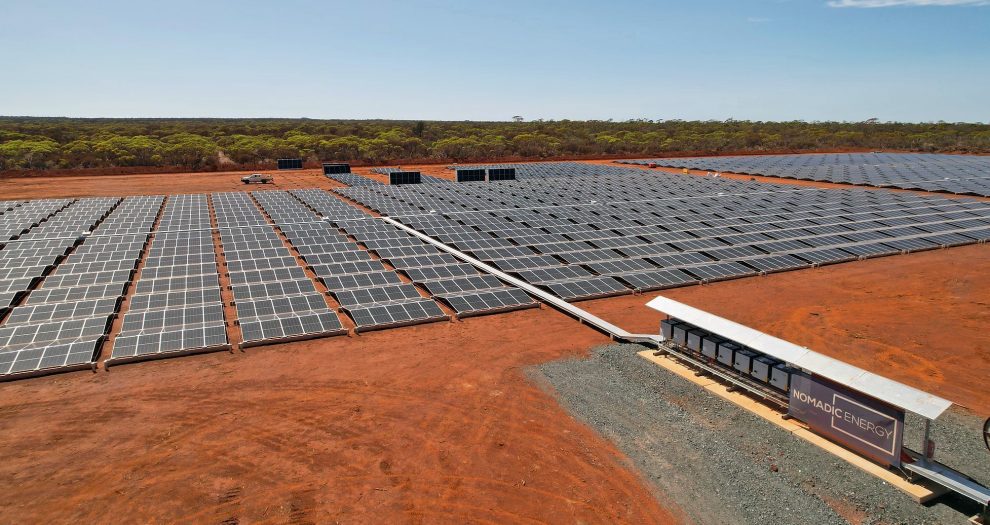 A multinational mining company and renewable energy power supplier are transitioning away from fossil fuels.

The project involved expanding the existing solar facility, installing small-scale storage and enhancing integration with the existing power station. It boasts having the extra flexibility of redeploying solar panels, which is useful when the mine lifespan ends before fully recovering the cost of installing panels. Otherwise, they could fail to achieve a return on investment.

“Carosue Dam operations already having deployed relocatable solar panels in calendar 2020 and 2021. These assets can be relocated several times over their useful life to new operations,” the company said in its latest sustainability report.

“Relocatable wind farms are a less practical proposition but there will be ongoing studies into smaller-scale wind farms and energy storage.”

The proponent claims the project will help replace diesel and natural gas with so-called “green energy”. This is promised to significantly slash the operation’s carbon footprint.

“To align with climate science and the curbing of climate change on a 1.5°C pathway, we have developed a decarbonisation roadmap which, in the medium-term, focuses primarily on the energy value chain – with a reduction in reliance on fossil fuels, moving to electricity generated by renewables,” the report said.

“In the longer term we will focus on battery storage and ways to replace diesel fuel in our mobile fleets … [but] electrification would be a viable alternative to the current diesel fleet if the average cost of electricity can be lowered.”

Northern Star uses both diesel and natural gas to generate electricity onsite for off-grid assets, as well as for backup power generation for assets on the grid. These fossil fuels created an estimated 931 kilo tonnes of carbon dioxide equivalent emissions during 2020.