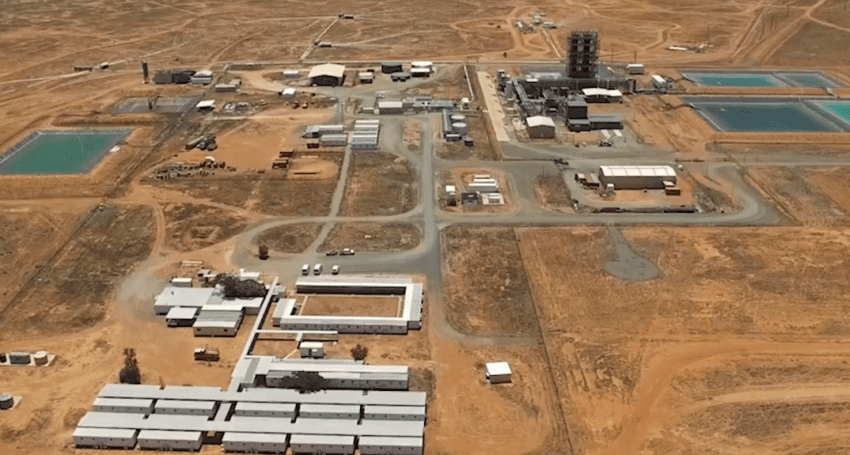 Boss Resources is priming its highly prospective uranium mine in South Australia to be drill ready when international markets rebound from the COVID-19 downturn.

It has been welcome news for Boss Resources after announcing in January it could restart its Honeymoon uranium project in 12 months after delivering an “outstanding” feasibility study.

Managing director Duncan Craib said the company was still in a position to make mining happen within this timeframe but was dependent on the impact of COVID-19 that is currently closing some of the largest uranium mines in the world.

“We are saving funds not being on site but we are also doing targeted work behind the scenes.”

Right now, Craib said while the company was not drilling on site it was conducting important desktop studies to review known data.

This behind the scenes work meant the company would be in a position to react quickly to a recovery in the uranium price.

In announcing the government cost deferrals, South Australian Energy and Mining Minister Dan van Holst Pellekaan said travel restrictions and social distancing was having an impact on the sector.

“To meet this challenge head on, the South Australian government will defer a suite of industry licence fees,” he said.

“In addition, there is a 12-month waiver of committed expenditure for all mineral exploration licence holders as well as an expansion of allowable expenditures towards minimum Petroleum Retention Licence requirements during a period of low oil prices.”

Boss Resources released a positive feasibility study for Honeymoon in January and Craib said the company was now debt free.

He said the impact of COVID-19 on the Australian mining sector was being well managed by local governments.

“When I look around the world, what we’ve seen is a lot of international mining operations have started to go into shutdown,” Craib said.

This included the world’s highest-grade uranium mine based in Canada, Cigar Lake.

Boss Resources is fully permitted to export 3.3 million pounds of triuranium octoxide equivalent per year over a 12-year mine life, from its Honeymoon mine based in northern South Australia, about 80 kilometres north-west of Broken Hill.

The Honeymoon site already has $170 million of established infrastructure established for the production and export of uranium, including a plant that is in good condition with limited maintenance staff still on site.

There are plans to refurbish the existing solvent extraction plant with significant process improvement during stage one of its plans to restart uranium mining at Honeymoon.

Mining at the Honeymoon site was shut down by its previous owners, a Canadian company called Uranium One, in 2013.

Boss Resources intended working towards achieving an annual production of two million pounds of triuranium octoxide equivalent a year, before ramping up to three million pounds per annum as permitted.

Craib has said the company had “technically de-risked the project and ensured there is no timeline drag from onerous tasks of securing permits and approvals needed to restart production”.

“We know that the fee relief announced will be of material assistance to operators during this difficult period,” Knol said.

SACOME is the peak industry association representing companies with interests and connections to the South Australian resources and energy sector.