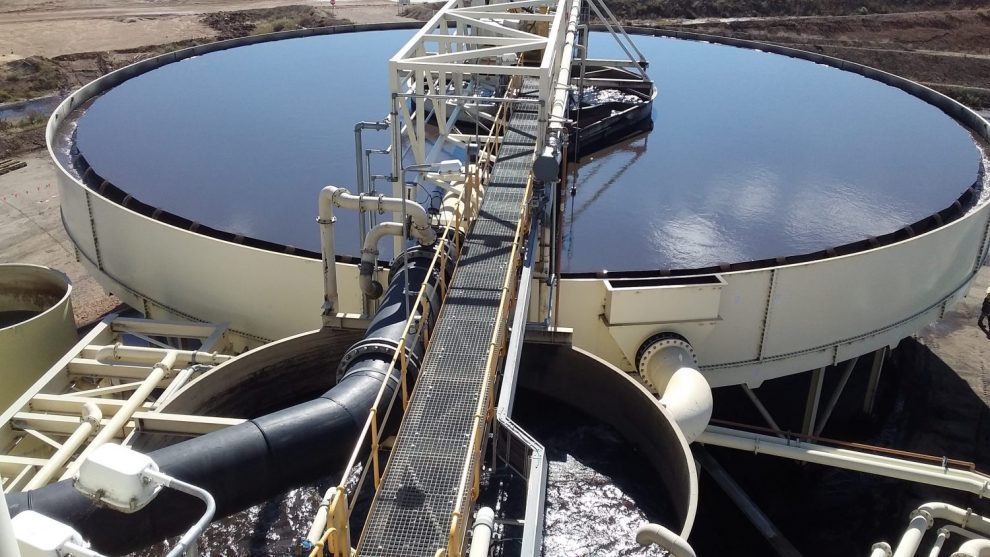 A site survey as part of the program identified the problems impacting production and total output.  From that survey two goals were identified.  The long-term goal is optimised performance and productivity throughout the CHPP.  On the way, a medium-term goal is to make the installed equipment fit for purpose and improve equipment efficiencies and reliability.

Initial stages have focused on optimising the performance of the reflux classifier and the capabilities of the tailings thickener, which is also being upgraded to meet current and future production targets.

On certain feeds the thickener cannot process the tailings at the required rate which has meant contaminated process water, resulting in blockages in the clarified water lines and clogged valves, strainers and nozzles.

A critical contributing factor is the tailings underflow now being treated by filters for dewatering rather than the initial design where tailings were diverted straight to a tailings dam.

With the high proportion of slimes in the clarified water circuit, the circuit was frequently blocking, requiring corresponding unscheduled maintenance to unclog the valves – and leading to substantial losses in production time and productivity.

Optimising the reflux classifier circuit was undertaken as a number of incremental steps and achieved improvements in availability and reliability.

The first phase involved reviewing and assessing the fluidising water circuit and impacts on the fine coal circuit and equipment operations.

The third phase was to improve the mechanical reliability of the reflux classifier.

As part of that process the dart valve was upgraded to a two-arm assembly with shrouds, a change which has improved reliability of the valve’s operation and minimal splashing.

Reports from the mine indicate the investment in the program is paying off.  Individually most of the improvements have been nominal but, combined, are now delivering results with 3-5% increases in output from the fine coal circuit regularly achievable.

The fine coal circuit is now achieving target production requirements and is expected to meet future production targets.  Circuit maintenance is now on a scheduled basis.  Water quality to the circuit has improved and work is ongoing on in this area.

With the success of this first stage, the mine has planned for additional similar investigations, looking to achieve similar improvements in processing circuits across the site.