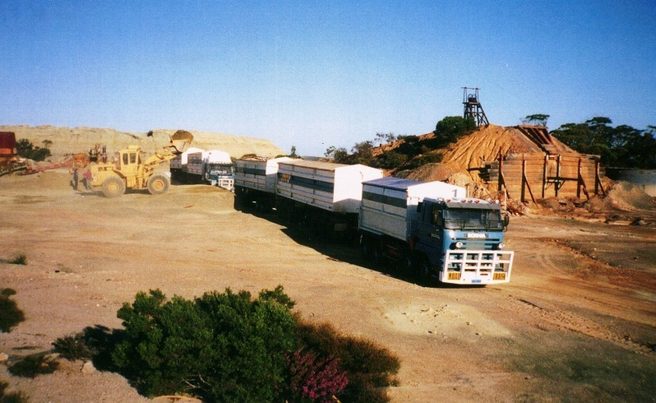 The latest figures from the resource industry shows records tumble with an $8 billion increase in exports, however it’s not all good news as the Queensland Resources Council’s (QRC) quarterly sentiment survey highlights concerns about government policy uncertainty.

Every quarter, the QRC conducts its CEO sentiment survey that reveals what Queensland resources chiefs predict will affect their businesses over the coming year.

QRC Chief Executive Ian Macfarlane said the latest results showed, that for the fifth quarter in a row, regulatory uncertainty was the chief concern for the resource bosses.

“The most recent data shows that Queensland’s resource industry is alive and kicking, as records tumble with the QRC’s State of the Sector value index soaring a massive 78 per cent in the December 2016 quarter, to the highest level on record,” Mr Macfarlane said.

“In the December 2016 quarter, the value of Queensland’s resource exports grew by an extraordinary $8 billion dollars, which is enough to build 24 new stadiums for Townsville, or two and half times the amount needed to pay the Solar Bonus Scheme’s stream of subsidies out to 2028.

“With Queensland’s population just under five million people, $8 billion is the equivalent of each of us getting a cheque for a $1,600.

“Over the past decade, the value of Queensland’s resources has tripled. That’s an extraordinary achievement that should see the industry feted as the backbone of the state’s economy.

“The impressive performance was driven by strong price increases for coking coal, thermal coal, lead, zinc and copper. Sadly however, it was not all good news in the report, the CEO sentiment index tells a different story and delivered mixed results.

“The impact of poor or uncertain regulation continues to act as a wet blanket for industry and has been the number one concern (Chart 1) for member CEOs for five consecutive quarters, who warn that the real pain from regulatory uncertainty is felt in the long term,” Mr Macfarlane said.