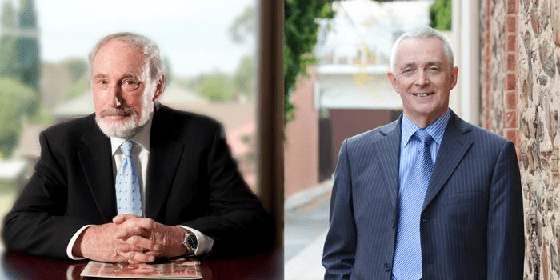 Terry Burgess has been appointed the new president of The South Australian Chamber of Mines and Energy (SACOME), replacing current President John Roberts AM who is stepping down after over a decade in the role.

Mr Burgess has been involved with SACOME’s council for some years, having previously acted as Vice President.

Jason Kuchel, Chief Executive of SACOME, said “We are delighted to have Mr Burgess elected to this very important position.”

“His extensive industry experience and current roles on South Australian advisory boards will serve SACOME and the industry well in this critical role leading South Australia’s peak
industry body for mining and energy.”

Mr Burgess said “I am excited at the prospect of taking on the role of President of the peak industry body in South Australia, especially at a time when the South Australian Government
had made some bold initiatives in the resources sector such as with the Royal Commission into the Nuclear Fuel Cycle and the development of the Roadmap for Unconventional Gas
Projects, plus committing to the future with the Onshore Petroleum Centre of Excellence (OPCE) training facility and Core Library at Tonsley.”

“I look forward to working with Chief Executive Jason Kuchel, our members, the Council and SACOME’s many stakeholders, to take the industry in South Australia to the next stage,” he
said.

Speaking of his imminent retirement from the positionMr Roberts said “I have enjoyed working with SACOME and serving our members and have witnessed some exciting developments over this time, both in the industry and at the Chamber.”

“I welcome Terry to the position of President and wish him every success. The mining and oil & gas sectors continue to grow in our State and I believe are transforming South
Australia into a “mining state,” he said.