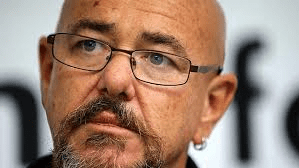 The Australian Manufacturing Workers’ Union secretary Steve McCartney has criticised WA’s Chamber of Mines and Energy for denying that a link exists between the FIFO lifestyle and an increased risk of suicide.

Mr McCartney made the criticism as news came in last week of yet another death among WA’s FIFO workforce – this time at Chevron’s Gorgon gas project off the north west shelf of WA.

“Unfortunately, we have seen the Chamber of Minerals and Energy out there telling people the problem doesn’t exist.

“In its recent discussion paper, the Parliamentary Committee…said it would be naive in the extreme to argue that there is no connection between the nature of FIFO work arrangements and the mental health of those working under those arrangements,” Mr McCartney said.

“The union movement has been consistently calling for more family-friendly rosters, so that families spend shorter stretches of time apart, and workers get more opportunity to participate in community and family life.

“We have also sought the establishment of return-to-work programs, to assist who have mental health issues.

“These changes may take a few dollars to implement, but the cost of not addressing this issue is far, far greater.”

Late last month WA’s Parliamentary Inquiry into suicide and mental health issues amongst the FIFO workforce wrapped up with preliminary findings suggesting “systems of work” in the industry, roster structure, hazards and family separation issues were areas of concern.

The Inquiry also heard that some workers did not take prescribed antidepressant medication over fears the drug would be detected in workplace drug tests and hurt their career.

The Inquiry was launched after 12 FIFO workers took their lives in a 12-month period in WA’s FIFO workforce.