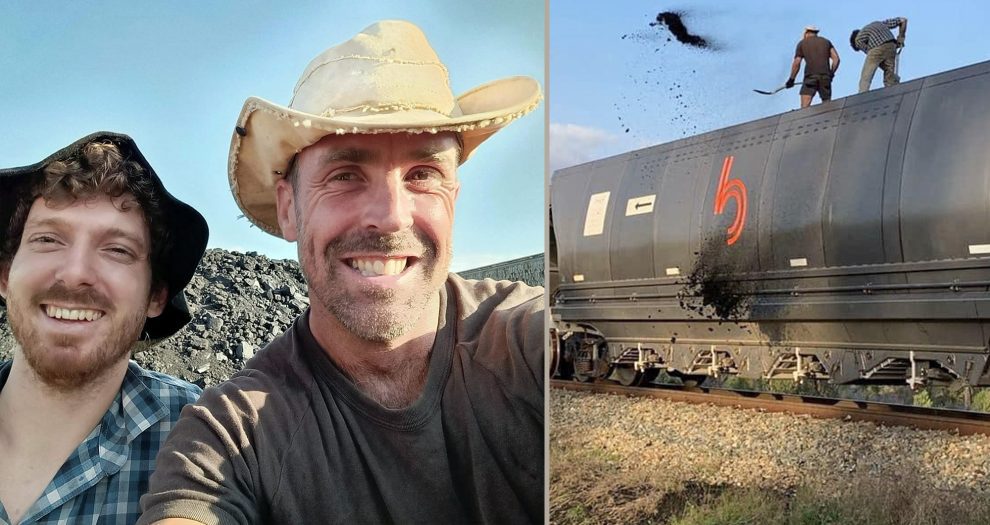 An environmental protestor learnt the hard way there are consequences for carelessly disposing of unwanted minerals.

Kyle Magee thought it was a good idea to block a freight train from Bravus Mining and Resources’ Carmichael Coal Mine, 160km northwest of Clermont.

When the locomotive stopped, the Frontline Action on Coal (FLAC) supporter allegedly climbed onto a wagon and used a shovel to move its contents next to the railway back in December 2021.

FLAC estimated the 38 year-old and accomplice Franz Dowling, 25, dumped “tonnes of coal” over the course of more than 24 hours.

Bowen Magistrates Court was not impressed and fined Magee $1200, and sentenced him to three months in prison with a 12-month suspension. Dowling will have to pay a $1000 penalty. Each activist will also give Bravus, formerly known as Adani Australia, $500 in compensation.

The pair pleaded guilty to trespassing on a railway, contravening a police direction, and obstructing the railway. Magee also confessed to obstructing police. No convictions were recorded.

CEO and Australia Head Lucas Dow suggested the judge should have given the pair a maximum two-year jail sentence for “selfishly” obstructing the railway.

“At a time when New South Wales has increased penalties for people found guilty of staging protests like this including jail time Queensland continues to hand out minimal sentences that do not reflect the seriousness of the offences, the danger they cause and the cost to our community,” he said in a public statement.

“These dangerous and illegal protests put workers’ lives at risk and rob Queenslanders of revenue.”

“Kyle and Franz are two ordinary people who decided to do what they could to disrupt this destructive industry. We need plenty more like them, if we are to have any chance of avoiding catastrophic climate change,” the group said on Facebook.

Mining boss helps phase out coal, transition to renewables
Project expenses tipped to blowout $1.7B due to pandemic
Comment