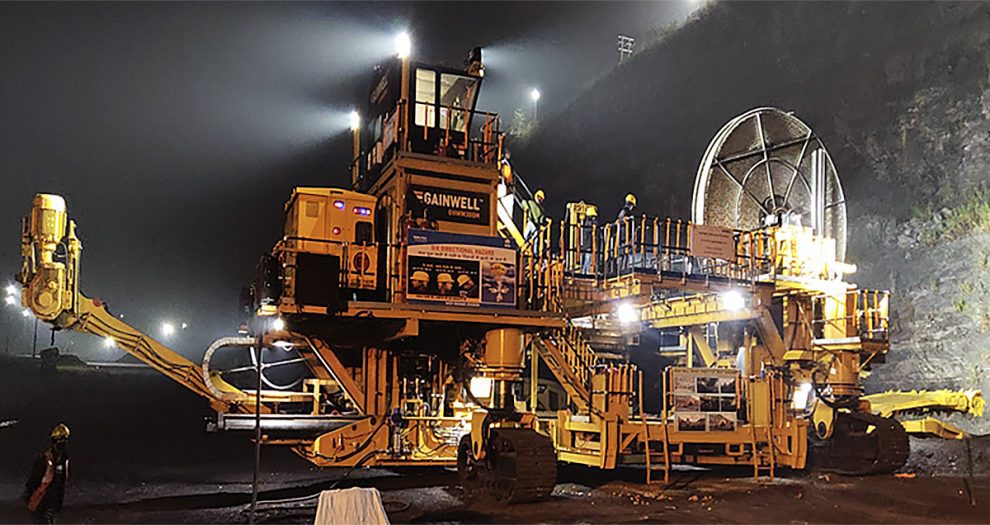 The successful bidder will deliver a GHWM300M highwall mining unit, which will be manufactured under license from Caterpillar with extras developed and refined in the United States.

The unit is are promised to be safe, highly productive, more environmentally friendly, and able to access coal that would otherwise be stranded due to financial constraints.

First coal is expected to be mined sometime in 2023. If the first unit proves successful more are likely to be deployed in “quick succession” to increase production.

“Vitrinite would like to thank Gainwell for their commitment to providing a … product, which we believe has a very bright future in underpinning the next generation of highly productive coal mines,” founding managing director Nick Williams said in a public statement.

The remarks came about six months after Australian Environment Minister Sussan Ley granted federal approval for the project. The decision requires the proponent not to clear more than 203.5 hectares (ha) of koala habitat, 170 ha of squatter pigeon breeding habitat and 209.8 ha of squatter pigeon foraging habitat under the Environmental Protection and Biodiversity Conservation Act.

The project is promised to create at least 150 full-time jobs, and extract about 6 million tonnes (mt) of run-of-mine coal at a rate of up to 1.95 mt per annum throughout its initial four-year lifespan. Although none of the jobs are advertised yet, the contractor is already collecting jobseeker information through its website.

A small out-of-pit waste rock dump, an explosives magazine, project offices, heavy vehicle workshops and park up plus other associated infrastructure will be required.