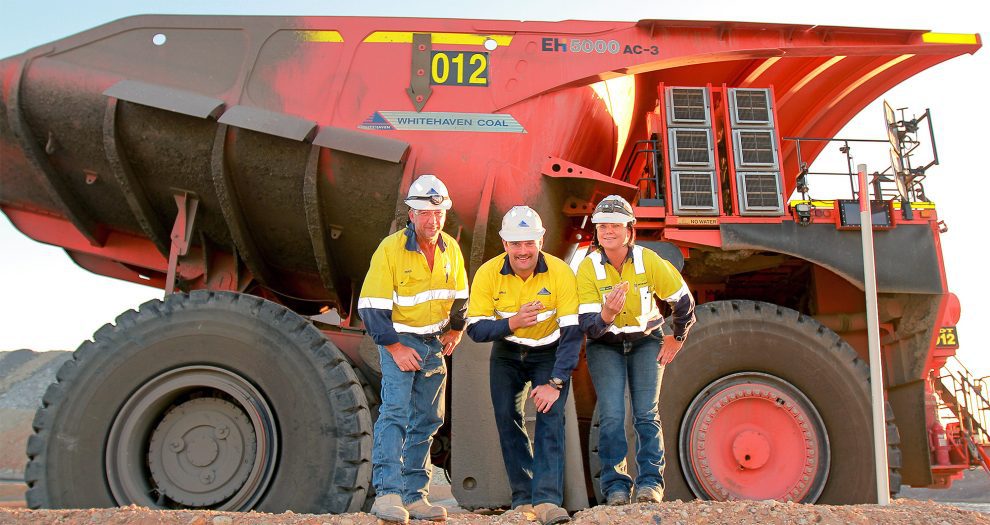 A mineral producer gave away tonnes of coal to help ease one of Eastern Europe’s largest military conflicts since World War II.

“Whitehaven is proud to be a part of this humanitarian effort and to help deliver the inputs for essential energy and heating in circumstances of extreme and ongoing suffering for the people of Ukraine,” the company said in a public statement.

“Whitehaven will work closely with the Australian Government and one of its key supply chain partners, Trafigura, to ensure the prompt delivery of the cargo.”

“Much of Australia’s coal exports are contracted and so this this was not a simple matter. It was able to be resolved quite quickly,” he said in a public statement.

“They need that [coal] before the end of May, and we have arranged the shipping for that to take place and are working with other countries to ensure it can get to the Ukraine … [and] we understand that it can power up to about 1 million homes and this is incredibly important.”

The BHP Foundation has already donated US$5 million (A$6.7M) through the United Nations High Commission for Refugees and United Nations Ukraine Humanitarian Fund. The money will be used to give shelter, food, clothing, cash transfers and medical care for an estimated 4M Ukrainian asylum seekers in coming months.

“Our hearts and thoughts are with people of Ukraine as every tragic day unfolds. We will do what we can to support Ukrainians through this time of unimaginable hardship and pain,” foundation chief executive James Ensor said in a public statement.

The Caterpillar Foundation separately gave away more than $1M to support both urgent and long-term needs of the Ukraine humanitarian crisis. The money will be distributed through the Ukraine Humanitarian Crisis, Project Hope, Center for Disaster Philanthropy and American Red Cross. It will pay for water, food, clothing, hygiene sets, blankets, fuel for heating, medical supplies and housing support in Ukraine and surrounding countries.

“As the fighting intensifies in Ukraine, so does the dire situation for impacted families. We cannot thank the Caterpillar Foundation and Caterpillar employees enough for their generous contributions, enabling the global Red Cross network to provide humanitarian relief in response to the Ukraine crisis,” American Red Cross president and CEO Gail McGovern said in a public statement.

The federal government also banned industry from exporting alumina, aluminium and bauxite shipments to Russia. The restriction is hoped to hinder the world’s largest country’s gun, ammunition, missile and other weapons manufacturing sectors.

The changes took effect immediately, preventing at least one Australian ship from leaving dock for Russia.

“That boat is not going to Russia with our alumina [anymore],” Morrison said.

“Our decision here should say very clearly that to all countries, all companies operating in Australia, we are watching these things very, very carefully. It is vital that we … diversify away from, and not be providing any support to, Russia – particularly at a time when they are invading their neighbours.”

“Specifically in our business, I think there could be disruption to primarily the aluminium industry,” Rio Tinto CEO Jakob Stausholm said while announcing his employer’s 2021 annual report.

“The advantage for Rio Tinto of having such a big aluminium industry is that we have an integrated supply chain from bauxite to alumina to final aluminium products, and that puts us in a very good position to meet our customer needs during times of disruptions.”