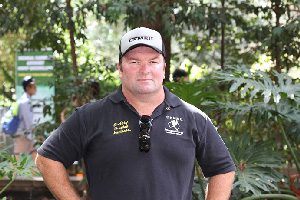 The CFMEU Mining and Energy Division is today calling for tough new laws to punish employers found guilty of fatal negligence, following reports Anglo Coal has pleaded guilty to the death of Paul McGuire at its Grasstree mine.

CFMEU Queensland district president Stephen Smyth said the deal offered to Anglo Coal is clear evidence of the disgraceful system where employers get away with cutting corners at the expense of workers’ safety.

“It’s disgraceful Anglo was offered a dirty deal that saw negligent culprits walk free while a young family mourns at the loss of their father,” said Mr Smyth.

“We need immediate action from the Queensland Government to strengthen punitive action towards employers who break the law.

“A petty fine doesn’t even come close to bringing justice to a grieving family – employers need to know negligence will not be tolerated.”

According to APN, Anglo Coal pleaded guilty to failing its safety obligations and causing the death of the electrician on May 6, 2014.

Prosecutor Ruth O’Gorman said in the Mackay Magistrates Court that 36-year-old Mr McGuire went to a location at the mine to work on a gas sensor.

Mr McGuire was killed after opening the hatch to enter a g0af, breathing in the toxic air and dying almost instantly.

The CFMEU will launch the campaign ‘Kill a worker, go to jail’ in response to this week’s outcome for Anglo and numerous recent deaths in construction sites across the country.

“In situations where employers are found guilty of negligence resulting in a worker’s death, a sentence with prison time must be given. We need strong action when duty of care is so clearly neglected,” Mr Smyth said.

“The government cannot stand by and continue to let this happen – they are giving unscrupulous employers like Anglo the green light to disregard workers’ safety.

“While employers feel free to cut corners no one is safe at work, the reemergence of Black Lung in Queensland is clear evidence of this.

“While hundreds of coal miners have been killed at work in Queensland, no one has ever gone to jail. It’s now time for the government to act and employers to be held to proper account.

“Employers need to understand that if they kill a worker, they will go to jail.”

My Smyth called on the Queensland Government to take immediate action and finally give the families of fallen workers the justice they deserve.